When they’re watching TV, children see more advertisements for candy now than they did in prior years, despite pledges from companies not to market to kids ages 11 and under, a new study shows.

In the new paper published in the journal Appetite, researchers looked at what kind of candy advertising, and how much of it, children were seeing in the years after 2007, when the Children’s Food and Beverage Advertising Initiative (CFBAI) was launched to improve food marketing to young people. The researchers looked at TV ads for 36 candy brands advertised by 16 companies in 2011.

Of those 485 candy ads, most of them (365) were from companies participating in CFBAI, and 315 were from makers that had promised not to directly market to kids ages two to 11. Candy advertising from Hershey, Mars, Nestle and Kraft increased 152%, the study authors say. A third of the ads also appeared on networks that had what researchers say is a “higher than average” share of young viewers under the age of 18 (like Nick at Nite and ABC Family). The researchers say these programs do not qualify as direct marketing to children, according to CFBAI.

“Despite candy company promises in 2007 to not advertise to children under 12 on TV, children saw substantially more,” says study author Megan LoDolce of the Rudd Center for Food Policy & Obesity.

The Council of Better Business Bureaus (BBB), the organization behind CFBAI, responded to the report, saying their candy company participants have kept their voluntary pledges. “Looking at techniques such as animation or subjective factors, such as whether the ad includes fun/hip messaging, is a not a reliable way to determine that an ad is child-directed on such programming. Teens and even adults also find such techniques or messaging appealing and they are commonly used in ads for insurance and other prosaic products. CFBAI’s focus always has been on improving the children’s advertising landscape, and we’ve succeeded in doing that,” the organization said in a statement. You can read the full response, here.

“This case highlights a real problem with industry self-regulation, as children are seeing more advertising, not less,” LoDolce says. “Findings suggest that companies can and should do much more to tighten their definitions of child-directed advertising if they want to keep their promises.” 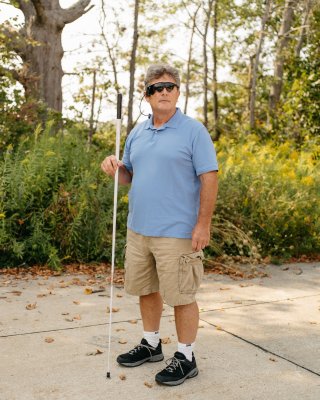 The Race for a Cure for Blindness
Next Up: Editor's Pick