The clip racked up more than 1 million views in about a day.

Lovato is promoting her upcoming album Confident, which is expected to be released on October 16. She is also slated to be a musical guest on Saturday Night Live.

Hozier just did his own cover on the show last week — an upbeat rendition of Sam Smith’s “Lay Me Down.” 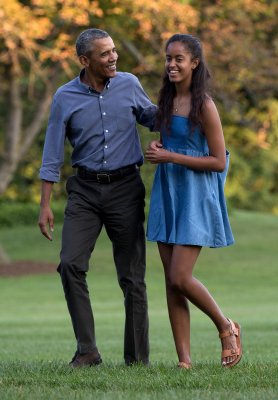 Obama Admits Shedding a Tear on Malia's First Day of Senior Year
Next Up: Editor's Pick