Apple TV Needs These 4 Things to Be a Hit

Well, it looks like after years of waiting, the revolution will not be television. Standing in front of a packed house at the Bill Graham Civic Auditorium in San Francisco on Wednesday, Apple CEO Tim Cook laid out the company’s living room strategy in the clearest way to date.

“We believe the future of television is apps,” said Cook while revealing a new, more powerful, cloud-connected and voice-controllable Apple TV.

This isn’t the first time apps have come to television. Google also thought the future of television was apps, way back in 2010. Since then, Google TV has come and gone, and the world is still driven by linear programming. Of course, cord-cutting is now en vogue and over-the-top programming is rivaling traditional shows, but key content like local news is still locked into over-the-air, satellite, and cable television models.

But so what if Apple didn’t invent television apps. The company also didn’t originate personal computers, digital music players, smartphones, or tablets. Indeed, it’s long been Apple’s modus operandi to wait, watch and strike when the time is right. And now that Apple is finally making a move on the living room, here are four things it needs to do to have a hit.

As the invitation to the event alluded, Siri is at the heart of the new Apple TV. This is welcome news for people tired of pushing buttons and scrolling through rows of television shows, but it’s a turn-off to people who swear the personal digital assistant still cannot understand them. At Apple’s last keynote presentation in June, Craig Federighi revealed that Siri’s word error rate was just 5%. This number will have to stand pat or improve if people are going to start telling their remote control things like “Let’s watch a television show starring Nikolaj Coster-Waldau.”

But voice is only half the story of Apple TV’s new interface. The other part, universal search technology that allows the device to pull up viewing options across streaming services, is just as important. This is nothing new—TiVo and Roku already have it—so Apple will need to execute and promote it better than the competition. On one hand that could be an uphill battle, considering how poor the search on Apple’s own App Store has been. On the other, Roku and TiVo do little to no marketing, and Apple is, well, Apple.

In order to make the new Apple TV a success, the company has to convince many of its existing Apple TV users to upgrade to the new model. To date, Apple has sold more than 25 million Apple TV units, largely because the device’s low price made it more an iPhone accessory than a product in its own right. When it was launched in 2007, the original Apple TV sold for $299. According to data from tech analyst Horace Dediu, sales were poor quarter after quarter, even after a new model with a $99 price tag was released in September 2010. A year later, it finally caught fire, selling 1.4 million units in a quarter during 2011’s holiday season. Not coincidentally, video streaming services were starting to take off around the same time.

But now many people who want streaming hardware already have it. It’s going to be tough to convince them that they need to pay even more money to stream shows better. Keep in mind, the video signal for these shows and movies will look the same, it’s just the method of finding the content that will be better.

If Apple had found a way to turn the 25 million previously sold Apple TV units into an accessory to the new version (sort of like how the TiVo Roamio can stream cable television programing to TiVo minis), the company would have a huge advantage in the market moving forward. But instead, it’s taking a fresh approach. Apple must have its reasons.

One thing Apple excels at is showcasing the apps that make its hardware stand out. In Wednesday’s keynote, the developers of Crossy Road, a best-selling iPhone game, showed off two-player gaming on the new Apple TV. Harmonix, maker of Rock Band, revealed Wiimote-like capabilities in the Apple TV’s new remote control. And it was revealed that gaming console favorites Disney Infinity and Guitar Hero would be available on Apple’s new set top box as well.

While those previews seem to reveal the new Apple TV to be a gaming juggernaut-in-the-making, keep in mind that we’ve been here before. Keynotes past are a graveyard for grand Apple ideas. In gaming, for instance, much was made about “made for iPhone” game controllers, but just ask anyone who bought one how much traction this hardware ultimately got. Sure, Crossy Road looks great, but what else have you got, Apple?

The company also mentioned planning vacations through an Airbnb app, and highlighted shopping from your couch via Gilt. I’ll make the bold prediction that says people will not use this device for those purposes whatsoever. But I do hope that developers find something beyond casual games and weather apps to put on my television. And you know there’s going to be tons of weather apps.

Speaking of graveyards past, not one executive on the stage made mention of Apple’s stillborn smarthome technology known as HomeKit. As someone actually owns one of the few HomeKit devices on the market, I can attest first-hand to the neglect that Apple seems to be giving this space. In years past (since this Apple TV update was so long overdue), speculation abounded that Apple would turn its living room device into a smart home hub. But since then, Apple TV 3 (all 25 million of them out in the wild) became the device that made Siri speak with your smart home gear.

Now the problem with HomeKit, however, is a lack of compatible smart home devices, and according to reports, this is because Apple is being too demanding with chip-makers. Dimming the lights and closing the blinds with a voice command spoken into the new Apple TV’s remote would have been the kind of ‘killer’ app we’ve come to expect, but it didn’t show itself this week. Still, there’s time for that to happen yet. 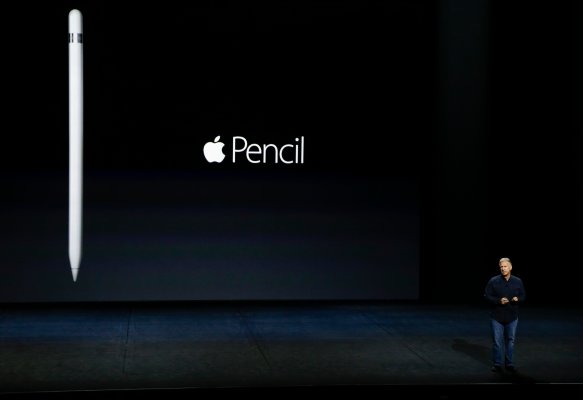