The Fight in Kentucky Is About Public Duty–Not Personal Belief

Suppose that somewhere in pluralistic America, a devout Hindu is placed in charge of a city department that issues building permits. Will the First Amendment protect his right to observe the taboo against harming cows? Yes. Should he be allowed to deny a permit to build a steak house?

Or a Muslim takes a job as a lifeguard at a public pool. Does the law encourage his boss to allow him to schedule his break time to coincide with the daily calls to prayer? Yes. Can he refuse to keep watch over female swimmers in scanty suits?

Or a Quaker pacifist is elected county clerk somewhere in, say, Kentucky. Can she be forced into the National Guard and sent off into combat? The law protects conscientious objectors. But can she deny a marriage license to a soldier or a Marine?

Our lives are lived partly in private and partly in public, and the two spheres constantly bump and scrape and spark against each other. But a key feature of the American idea is the bright line we draw against official enactments of individual faith. The same First Amendment that protects a virtually unlimited sphere of private belief must, by definition, require tolerance from officials when they don the cloak of government.

Which brings us to Rowan County, Kentucky, where county clerk Kim Davis has galvanized a certain segment of Americans with her refusal to issue marriage licenses now that same-sex marriage is the law of the land. To require her to participate in any way in these unions would violate her religious freedom, she insists. The courts see it otherwise.

Davis’ stout and vocal defiance–which cost her five days in jail for contempt of court–has been catnip to the Republican presidential candidates whose hopes lie with the fundamentalist Christian right. Former Arkansas governor Mike Huckabee was almost gleeful as he declared the Davis case proof of what he likes to call the “criminalization of Christianity” in America. At the media circus surrounding the clerk’s release from jail on Sept. 8, Huckabee became the rare person to get between Texas Senator Ted Cruz and a bank of TV cameras and live to tell the tale. (A Huckabee aide was seen physically blocking Cruz’s path.)

America is a big place, with more than 3,000 counties, so we can’t be surprised that a clerk here or there might be foggy on the distinction between private beliefs and public duties, especially when there are lobbies and law firms dedicated to sowing confusion. But Presidents take an oath to “preserve, protect and defend the Constitution,” so it’s not unreasonable to expect candidates for the office to respect–rather than demagogue–the document.

No such luck. While it seemed that U.S. District Judge David Bunning may have found a reasonable compromise–Davis could remain aloof from the process as her deputies took over the task of issuing marriage licenses–others were egging on the clerk to again defy the courts. If she did, Huckabee grandly offered to serve her jail time for her.

We’ve seen this before, and it always ends the same way. When Arkansas Governor Orval Faubus defied an order to implement school desegregation in 1957, President Dwight Eisenhower sent in federal troops, and the schools were integrated. Uncle Sam carries a big stick.

Maybe there is something in the weave of the American fabric that resists resolution of long-fought disputes. Even in a case like same-sex marriage, where the likely result was foretold long in advance–and, indeed, welcomed by most of the country–some people will be flabbergasted and disgusted by change.

Davis, like any other American, has a First Amendment right to be disgusted. She can believe that homosexuality is an abomination. She can preach it to her neighbors and teach it to her children. She even has the right, affirmed in 2011 by the same Supreme Court she now scorns, to stage hateful anti-gay protests, should she be so inclined.

But those are private rights, and issuing marriage licenses is a civic function. Confusing the two realms may delight scrabbling politicians, but it does nothing to serve the public. And in the prim, well-ordered office of a county clerk, of all places, unbiased public service is what every citizen who comes to the counter has a right to expect. 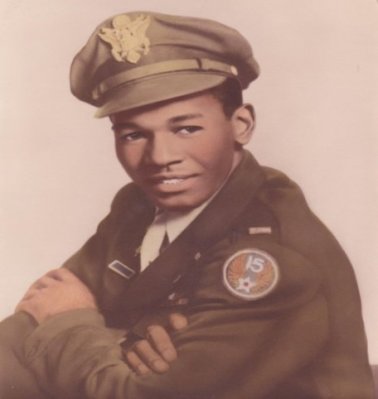