Lyrics That Tupac Wrote in Prison Are Expected to Fetch Over $50,000 at Auction

Lyrics written by the late rapper Tupac Shakur while he was in prison are expected to fetch between $50,000 and $80,000 when they go up for auction in London later this month.

The lot includes lyrics penned for “Ambitionz Az a Ridah,” the first track Tupac laid down upon his release in 1995 and the opener for his best-selling fourth album All Eyez on Me. The album saw Tupac team up with Dr. Dre and Death Row Records.

Released four months after he left prison, where Tupac was serving a sentence for sexual assault, the critically acclaimed All Eyez on Me sold more than half a million copies in its first week alone. It was also the rapper’s last album before he was shot and killed in September 1996 in Las Vegas.

“We are delighted to have this item in our sale, it’s a really unusual item,” said Gabriel Heaton, Sotheby’s expert on books and manuscripts. “He [Tupac] is a fixture of enormous popularity and great cultural significance, so we are confident there’ll be a lot of interest.” 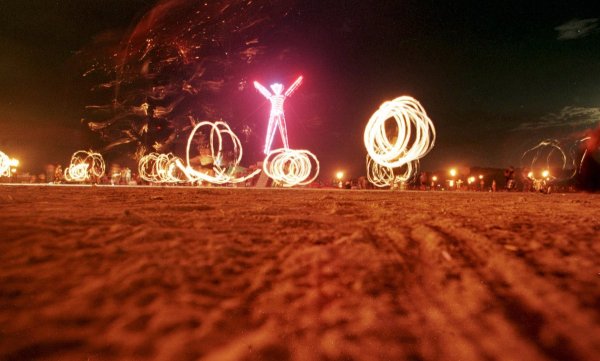 Burning Man's Founder Explains the Problem With Utopia
Next Up: Editor's Pick