If you’re going to allow a bunch of 14-year-old students to text you questions anonymously, displaying them in real time on a big screen probably isn’t the best idea.

A high school in Houston learned that lesson the hard way, when its invitation to students attending a freshman assembly to send in questions and comments prompted a deluge of obscene, racially charged and sexually explicit messages.

“Miley Cyrus for President,” “Hitler was a good guy” and “Jesus is a lie” were among the least explicit messages projected onto the big screen at Memorial High, according to television channel ABC 13 Eyewitness News.

The initiative was apparently supposed to be a fun way for incoming students, administrators and faculty to get to know each other. But with comments like “vaping saved my life” and “someone should get fired for this idea,” it soon became clear that things weren’t exactly going as planned, ABC reported.

“They had an opportunity to type up a bunch of ridiculous things that were going to go up on the big screen and they took it,” a parent of one student later said. “They are in the ninth grade, what else were they going to do?”

The school has not disciplined any students, but has set up meetings for them to get together and discuss the incident, says ABC.

“This was a teachable moment for all of us. We assumed the best of our students, and when some of them let us down, we responded,” the school’s principal Lisa Weir said in an apology to parents, adding that “raising up this next generation of young people, especially in the age of social media, is a daunting task, but together, we can make a difference.” 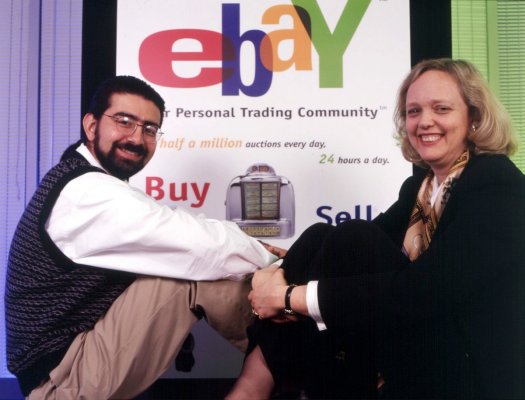 The Small-Scale Story Behind eBay's Big Bucks
Next Up: Editor's Pick