NATO Voices Concern About the Russian Military Presence in Syria

NATO secretary general Jens Stoltenberg says the alliance is concerned about reports of Moscow’s growing military presence in Syria, and has called on leaders to find a political solution to the four-year-old civil war that has killed at least 250,000 people.

Russia’s military involvement “will not contribute to solving the conflict,” Stoltenberg said, according to Reuters. “I think it is important to support all efforts to find a political solution to the conflict in Syria.”

“The arms transferred to the Syrian army are designed for countering the terrorist threat,” she explained. “If need be, we will consider additional measures on increasing support for the antiterrorist efforts.”

Washington has asked Bulgaria and Greece to close their respective airspaces to Russian transport planes amid fears that Moscow was increasing its support for Assad. Bulgaria agreed to the request on Tuesday and said it would only grant access to aircraft that were opened for inspection, Reuters reports. 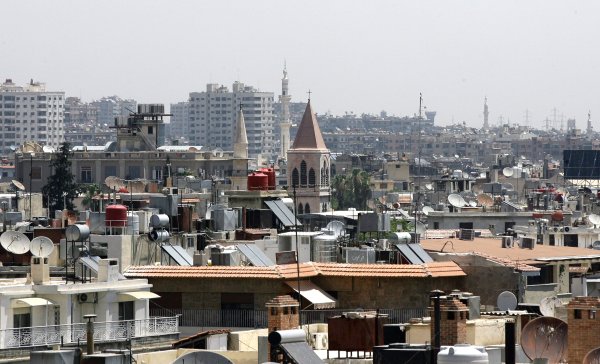 Russia Confirms Its Military Experts Are in Syria
Next Up: Editor's Pick