A 'Civil War' Is Being Waged Against Indigenous Tribes in the Southern Philippines, Rights Groups Say

Mourners in Manila join a protest over Lumad killings on Sept. 11, 2015. Many indigenous peoples have been forced to flee their communities
Pacific Press—LightRocket/Getty Images
By Lisa Spear

Human-rights groups are accusing the Philippine military of harassing and killing members of indigenous farming communities, who are caught in the crossfire of a long-running communist insurgency on the archipelago’s southernmost island, Mindanao.

According to Human Rights Watch (HRW), hundreds of Lumad, an umbrella term for multiple different indigenous communities, have taken shelter at an evacuation camp in Davao City — Mindanao’s largest urban center — since May, driven off their ancestral lands by a military offensive against the left-wing New People’s Army. Thousands more reportedly fled this month to Tandag City.

In the spring of this year, the Bangkok-based Catholic news agency UCA News reported that three members of the B’laan tribal group on Mindanao were tortured by the military into admitting that they were communist rebels.

In August, soldiers were accused of killing five members of a Lumad family, including two children, in the island’s Bukidnon province. According to the Manila Times, the military said that the people it killed were communist guerrillas; the New People’s Army denies that.

A few weeks later, claims Karapatan — a rights organization that collects firsthand accounts of paramilitary and military abuses — members of the Mahagat-Bagani militia, which it describes as a government-backed paramilitary group, assassinated the director of a tribal school in Surigao del Sur province.

“There is basically a civil war going on and that cannot be denied,” Carlos Conde, a HRW researcher based in the Philippines, tells TIME. “The fear in many of these people is palpable when you talk to them.”

According to the text of a resolution before the Philippine Senate calling for a probe into the violence, Mahagat-Bagani members stormed through the tribal school in Diatagon village at around 4 a.m. on Sept. 1, holding teachers at gunpoint, one of them five months pregnant.

Eyewitnesses tell TIME that the armed men stole laptops and other items.

“I thought that things like this could only happen in movies,” Gary Payac, one of the volunteer teachers at the school that night, tells TIME. “I never thought that these things could happen right in front of my eyes.”

Payac and a few other teachers discovered the body of the tribal school executive director Emerito Samarca lying face down in the guest house of the school, bloodied and hogtied with a slit on his neck, and several stab wounds on his body.

After the killing, some 2,000 indigenous residents fled their homes for Tandag city, where they are currently sheltering in an open-air sports complex

The Mahagat-Bagani has also been accused of killing two tribal community leaders, Dionel Campos and his cousin Bello Sinzo, according to a statement issued by the office of Philippine Senator Grace Poe, who has been leading the call for an upper-house inquiry.

The Philippine army strongly denies any association with the Mahagat-Bagani and has said that it welcomes a proposal by Karapatan to raise the killings of indigenous people before the U.N. Human Rights Council.

“We are doing our jobs,” Hao says.

In response to a public outcry, Philippine President Benigno Aquino III said last Tuesday in a public statement that “there is no campaign to kill anybody in this country.”

Disputes over resources and land appear to lie at the root of at least some of the violence. According to Oona Thommes Paredes, an anthropologist at the National University of Singapore, some Lumad joined the New People’s Army back in the 1970s to fight the encroachment of mining and logging companies on their land.

Since the introduction of the Indigenous Peoples’ Rights Act in 1997, the Lumad have had official rights to their ancestral territories. However, Paredes says, large logging and mining companies find ways around the law by bribing not only local bureaucrats but also tribal leaders themselves.

“If someone wants to do logging, they have to get permission,” Paredes tells TIME. “These large corporations, because of the money they have, do not just bribe government bureaucrats, but people on the inside of these communities.” 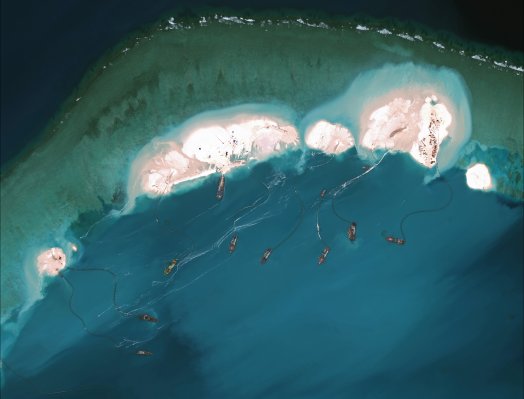 South China Sea Is Ours, Chinese Admiral Says
Next Up: Editor's Pick