Former tennis star James Blake was slammed to the ground, handcuffed, and detained by five undercover New York cops in a case of mistaken identity.

Blake was on his way to a corporate event for the U.S. Open in Flushing when a man in shorts and a t-shirt charged at him, threw him to the ground, rolled him over, and warned him, “Don’t say a word,” the New York Daily News reports. The officer was soon joined by four other policemen.

“It was definitely scary and definitely crazy,” Blake told the paper.

After about 15 minutes, the officers realized Blake was not the suspect.

Blake, who is biracial, is not so sure if he was racially profiled, however.

“The real problem is that I was tackled for no reason and that happens to a lot of people who don’t have a media outlet to voice that to.”

ABC Correspondent Aaron Katersky tweeted that Blake may have been mistaken by a private delivery service worker.

The NYPD has begun an internal investigation to figure out what went wrong.

“Today James Blake was detained by police in midtown Manhattan in regards to an ongoing investigation into fraudulently purchased cell phones, after being misidentified by a cooperating witness,” the NYPD said in a statement to ThinkProgress. “Once Blake was properly identified and found to have no connection to the investigation, he was released from police custody immediately. In regards to the alleged improper use of force, the Police Commissioner directed the internal affairs bureau to investigate.”

At his peak, Blake was ranked the 4th best men’s tennis player in the world. 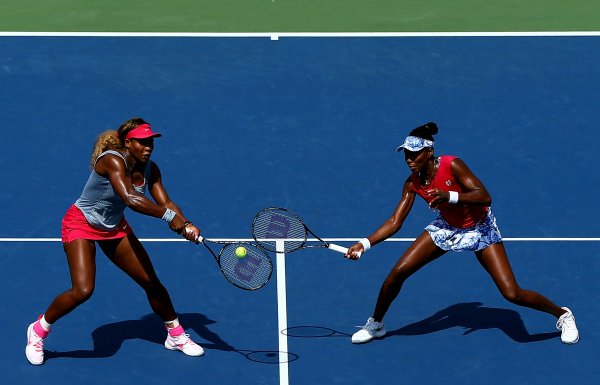 7 Things You May Not Know About Serena and Venus Williams
Next Up: Editor's Pick