You put in the time and effort, show up at the gym, and pride yourself in not taking shortcuts. So why is the scale not budging? Chances are, poor exercise form or bad workout habits are costing you precious calories. Fitness experts reveal the most common ways people cheat at their workouts without even realizing it, and offer ways to kick those saboteurs to the curb.

Momentum comes in handy when you’re attempting a long jump, but not if you’re lifting weights. Each exercise involves two phases: a concentric (contracting) move and an eccentric (stretch) phase. “Building momentum by swinging your arms when doing a move like a bicep curl or a tricep push-down sacrifices results by not controlling the eccentric phase, and also increases your risk of injury,” says Irv Rubenstein, PhD, exercise physiologist and founder of STEPS Fitness, a science-based fitness facility in Nashville, Tenn. Practice a two-second count on the concentric move and four to five count on the eccentric.

Health.com: 25 Fat-Burning Exercises You Can Do Anywhere

You hold on for dear life

Grasping the sidebars when walking on the treadmill or hanging on tight to the handles of the elliptical trainer cheats you out of the largest possible calorie burn, says Rubenstein. “In addition, if you’re using your arms to make it easier on your legs, you’ll tire faster, because your arms can’t work as hard as your legs,” he says. Instead, use the rails only as a guide, keeping your fingertips lightly on them. If you find it impossible to maintain proper form without clutching the bars, try lowering the incline or slowing down your pace.

Holding a stretch for only a few seconds does little to increase your flexibility and may also result in injury. The right way to stretch: hold still (no bouncing!) for at least 20 to 30 seconds.

Another common cheat comes during a hamstring stretch, says Rubenstein. If you round your back so you can reach farther down your extended leg, you’re preventing your hamstrings from actually getting stretched. It also puts unnecessary strain on your back.

You play the waiting game

Few things are more frustrating than dealing with a crowded gym, especially when other exercisers occupy the machines and equipment you’d planned on using. But waiting around wastes valuable time, says Tom Holland, exercise physiologist and author of Beat the Gym. “Don’t wait for the equipment to be available—instead, fill time with exercises you can do without a machine, such as crunches, planks, or push-ups,” he says. Or you could jump rope or do a set of high-knees, suggests Jessica Matthews, assistant professor of exercise science at Miramar College in San Diego, Calif. Anything’s better than waiting around: “Spending five or more minutes between sets negatively impacts the overall quality and effectiveness of your workout,” Matthews says.

You stretch between exercises

Stretching between exercises rather than waiting until the end of your workout seems like a good way to save time. But doing so could sacrifice your ability to perform your remaining exercises, says Rubenstein. “Stretching between exercises, especially static stretching, may decrease the amount of weight you can lift,” he says. Leave stretches to the end as part of your cool down.

When the going gets tough, you stop

Simply showing up isn’t enough if you don’t put any real effort behind your moves, says Holland. “You can easily cheat your workout even during an intense cycling class,” he says. “If you don’t increase the tension when the instructor tells you to, you can coast through and barely break a sweat.” The same applies to other classes where you substitute an easy activity such as jogging in place instead of doing burpees because the latter is more difficult. Repeating a positive mantra to yourself may help you push through when you’d rather quit. A recent study published in Medicine & Science in Sports & Exercise found that cyclists who recited positive self-talk pedaled two minutes longer than those who did not. Tell yourself, ‘I am strong’ or ‘I can do this’ to get through tough spots.

You arrive to class late or leave early

Skipping out on the warm-up or cool-down means you’re missing a couple of crucial components of the class experience, says Matthews. “The warm-up phase allows for your body temperature and heart rate to gradually increase, which helps reduce the risk of developing injuries while also preparing you for the main conditioning phase of the class,” she says. Meanwhile, abruptly stopping after an intense workout can produce pooling of blood in the lower extremities, which can sometimes lead to dizziness and even fainting, she says. Show up on time and stick it through to the end.

Health.com: 7 Moves for a Better Butt

If you’re reading this article while you’re on the treadmill, you’re not working hard enough, says Holland. “If you can read, text, or otherwise give your attention to some other non-workout related issue, you’re cheating yourself.” Put down the magazine and smartphone and focus on the task at hand. An exception: music. Listening to tunes while working out can reduce your perception of effort and increase endurance by 15%, according to several studies. So switch your book for an iPod for a more enjoyable, longer workout.

You make yourself at home

Most gyms have televisions so members can catch up on the news or watch movies while doing cardio, and some even feature them in weightlifting areas. But spending half your workout flipping through the channels distracts you from the reason you came to the gym in the first place, says Holland. Pick a channel and leave it there so you can spend the rest of your workout focusing on your fitness.

You work out in the ‘fat-burning zone’

If you want to lose weight, using the designated “fat burning zone” on your cardio machine’s monitor may not produce the results you want. This low-intensity zone concept evolved from fuzzy math, says Holland. “Although you burn a greater percentage of fat calories (versus carbohydrates and protein) at this lower intensity, you also burn fewer overall calories than you would at a higher intensity,” he explains. So while 60% of the calories you burn come from fat at a low intensity and only 35% come from fat at a higher intensity, you burn more calories total at the higher intensity, which is the by far more important factor for weight loss. Try intervals workouts once or twice a week in place of your regular long, slow program. 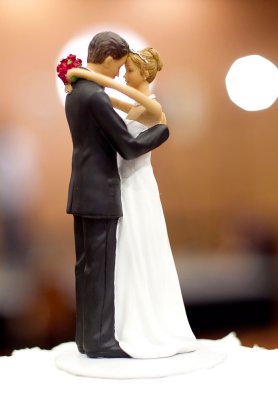 Study: Single People Have Higher Risk of Heart Disease
Next Up: Editor's Pick