House Republicans grilled a pro-choice abortion expert during a tense hearing on Capitol Hill Wednesday ahead of a possible government shutdown over federal funding of Planned Parenthood.

Over several hours, the House Judiciary Committee questioned Priscilla Smith, the director of the Yale Law School Program for the Study of Reproductive Justice, about abortion procedures and how Planned Parenthood operates.

“When they came into Planned Parenthood they were living, feeling human children, and they died while they were there. Don’t forget that these were once little babies that were killed at the hands of Planned Parenthood,” said Arizona Repulblican Rep. Trent Franks.

The hearings came in the wake of an ongoing controversy over covertly obtained videos which appeared to show Planned Parenthood staffers discussing the monetary value of fetal tissue. The organization has said the videos from the Center for Medical Progress were misleadingly edited and showed staffers discussing reimbursement costs, which are legal.

But the videos have stirred pro-life activists to call for complete defunding of Planned Parenthood, which receives federal money for women’s health services but not for providing abortions.

The other three witnesses at Wednesday’s hearing oppose abortion: James Bopp, General Counsel of the National Right to Life Committee, as well as two pro-life advocates who say they survived failed abortions as newborns.

“You would not assert that it’s inhumane to dismember an unborn baby?” asked Iowa Republican Rep. Steve King at one point.

“One in five women in this country have visited a Planned Parenthood clinic,” she said in response to a question from Democratic Rep. Sheila Jackson Lee. “It’s a beloved institution by most Americans, because it’s one of the most excellent providers of high quality care outside of the abortion area.”

Although no representative from Planned Parenthood was present at the hearing, the organization called the hearing “political theater at its very worst” in a statement.

“It’s clear this hearing was not about Planned Parenthood — it was a chance for anti-abortion extremists and members of Congress to promote their political agenda of banning abortion in this country,” the statement read. 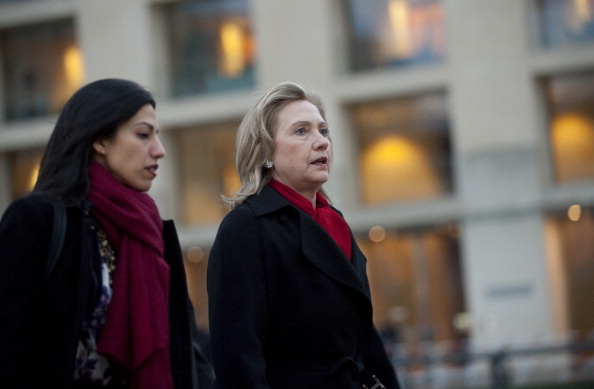