Why You Should Think Twice About Helping Your Kid With Math

If the thought of calculating a tip at a restaurant makes you nervous, then you are not alone. Math anxiety is common worldwide.

Math anxiety can lead to poor performance and also deter people from taking math courses. This is because feelings of anxiety can tie up important cognitive resources (known as working memory), which are needed for solving math problems.

But why are some people more math anxious than others? And is there a link between parents’ math anxiety and their children’s math anxiety?

As researchers who study the role of cognitive and emotional factors in achievement, these are some of the questions that my colleagues and I have been examining. We find that when parents with math anxiety help with homework, it could have a negative impact on their kids.

Math anxiety can start early. Children as young as six can experience varying degrees of math anxiety which is linked to poor math achievement.

We assessed the math anxiety and math achievement levels of 438 first- and second-grade children at both the beginning and the end of the school year. We assessed their parents’ math anxiety level. We also assessed how often they helped their children with their math homework.

Our research demonstrated that when parents are highly-math-anxious, their children learn significantly less math (over one-third of a grade level less than their peers in math achievement across the school year) and have more math anxiety by school-year’s end. But this is only if parents provide frequent math homework help.

When highly-math-anxious parents don’t help their children very often with their math homework, their children are unaffected by their parents’ anxiety.

Why does the homework help of highly math-anxious parents backfire?

We can’t say for certain why the homework help of highly-math-anxious parents backfires, leading their children to learn less math and be more math anxious than their peers, but we believe that there are a number of possible reasons.

First, when helping with their children’s math homework, highly-math-anxious parents may be expressing their own dislike of math, perhaps saying things like “math is hard” or “some people are simply not math people.”

Finally, highly-math-anxious parents may become flustered when their children’s teachers use novel strategies that parents themselves never learned.

We believe that being exposed to negative attitudes about math and confusing instruction from parents might cause children to lose confidence in their math abilities and to invest less effort into learning math, resulting in lower math achievement by the end of the year.

Couldn’t this just be genetics?

While I mentioned earlier that there is a genetic link between math anxiety of parents and their children, our research indicates that parents have more than just a genetic influence on their children’s math outcomes.

If genetics were the only factor at play, then we would have seen that parents with higher math anxiety would also have children displaying similar anxiety. They would also have lower math achievement as compared to their peers.

But that was not what we found.

Rather, it was specifically in the case of children whose highly-math-anxious parents helped them often with math homework that we saw this trickling down of parents’ math anxiety.

Thus, while genetics may be part of the equation, it is certainly not the entire story.

How can children be supported

This research highlights the need for researchers and educators to work together to develop more effective tools to help parents – especially those who are anxious – support their children’s math success.

These tools may come in the form of worksheets, apps, and games, or parent-teacher workshops aimed at teaching parents the new strategies that are being used in the classroom to teach math today.

Fortunately, there are a number of research-based strategies that can be very useful in helping children and parents deal with their math anxiety. My favorite strategy is a simple, inexpensive, and very effective tool called expressive writing.

To use this strategy, students simply have to write about their worries regarding an upcoming math test (for example by answering the question “Explain in detail how this upcoming math test makes you feel”) for about seven minutes before they take the test.

This straightforward act of writing actually causes students to perform better on the math test than what they would have performed had they not written at all.

While it is true that even the best-intentioned parents may contribute to their child’s anxiety and lower achievement, the good news is that simple strategies, like expressive writing, can go a long way in helping children combat the negative effects of math anxiety.

Success in math requires more than just ability. It is also about developing the right attitude. 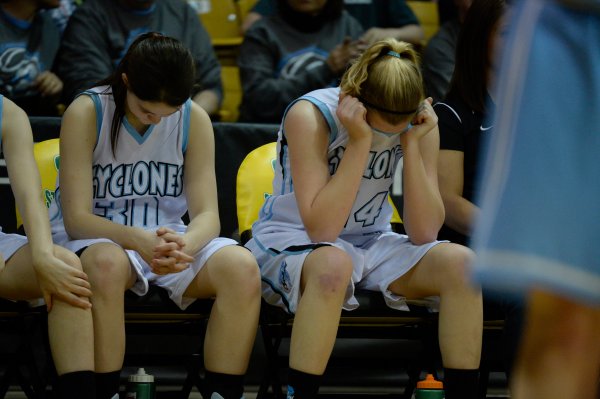 Brené Brown on Teaching Kids to Fail Well
Next Up: Editor's Pick