Donald Trump is demanding CNN donate the advertising revenue from the next GOP debate to a charity that benefits veterans.

The presidential hopeful wrote a letter to CNN President Jeff Zucker Tuesday in which he noted that ad rates for the GOP debate were being sold at a nearly 4,000% increase (from $5,000 to $200,000) and said that the “tremendous increase in viewer interest and advertising is due 100% to ‘Donald J. Trump.'”

He reminded Zucker that the GOP debate on FOX had one of the largest viewerships in cable TV history, and anticipated that the CNN debate would bring in an even larger audience. And he asked Zucker to put all that money to good use.

“You should view the second debate broadcast as a public service and not accept the massive profits that this airing will generate,” Trump wrote, according to a copy of the letter tweeted by Bloomberg Politics. “I believe that all profits from this broadcast should go to various veterans groups, a list of which I will send you in the near future. The veterans of our country, our finest people, have been treated horribly by our government and its ‘all talk and no action’ politicians.'”

The idea of leveraging his immense appeal with debate audiences into some kind of charity donation was first proposed when Trump spoke to TIME for the cover story in late August. At that time, he suggested that he might threaten not to show up unless the ad revenue was donated to charity. Here’s what he said then:

Zucker has not yet responded to Trump’s request. 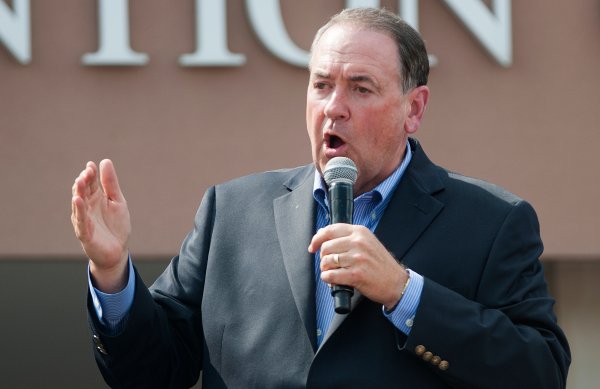 Huckabee Says He Would Accept Gay Marriage If Congress Passed Law
Next Up: Editor's Pick