The British-American actor recently told Mic that he hopes future versions of the wisecracking superhero, who has traditionally (and contractually) been portrayed as white and straight, won’t be bound by such conventions.

“I’m excited to get to the point where we don’t have to have this conversation, where we can have a pansexual Spider-Man,” Garfield said. “What are we so scared of? Why are we so, ‘No, it has to be this way, a man and a woman.’ Why is that even a conversation?”

He continued, “We’re scared of things that aren’t us. Love is love. Skin is skin. Flesh is flesh. We’re all wrapped in the same thing. I have no preference.”

This isn’t the first time Garfield has advocated for a version of Spider-Man who’s exploring his sexual identity. He told EW in 2013 that he pitched the idea to Amazing producer Matt Tolmach.

“I was kind of joking, but kind of not joking about M.J.,” Peter Parker’s girlfriend, Garfield said. “And I was like, ‘What if M.J. is a dude?’ Why can’t we discover that Peter is exploring his sexuality? It’s hardly even groundbreaking! … So why can’t he be gay? Why can’t he be into boys?” (His top choice for the male M.J.? Michael B. Jordan.)

More recently, Garfield expressed frustration with “the pressure to get it right, to please everyone” when making big-budget superhero movies like ASM. “It’s not going to happen,” he said.

For more from Garfield, read the Mic interview. 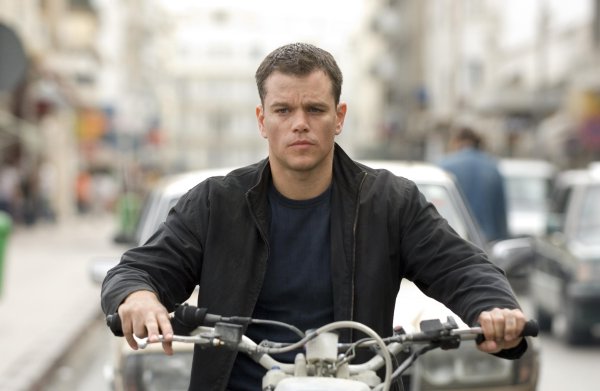 See Matt Damon on the Set of Bourne 5
Next Up: Editor's Pick