Turkish Nationalists Riot Across Country After Attacks by Kurdish Militants

Mobs attacked offices of Turkey’s largest pro-Kurdish party across the country on Tuesday night in an apparent reprisal for an assault by Kurdish rebels on a military installation the previous day that claimed 16 lives.

Nationalist demonstrators threw stones and destroyed property at the Ankara headquarters of the Peoples’ Democratic Party (HDP), which some say is the political arm of the Kurdistan Workers’ Party (PKK) militant group. The HDP has recently distanced itself from the PKK, which has been known to attack Turkish police and military personnel, but nationalists nevertheless chose the party as the target of their outrage.

On Monday, authorities announced that an assault by Kurdish rebels killed 16 Turkish soldiers and wounded six others in the country’s conflict-torn southeast.

Photos suggest that the HDP’s Ankara office was severely burnt in Tuesday’s violence, Al-Jazeera reports. In Alanya, a city in southern Turkey, 2,000 protesters set the party’s local facility ablaze. For the second time in three nights, mobs in Istanbul attacked the offices of Hürriyet, a major Turkish newspaper.

Prime Minister Ahmet Davutoglu spoke out against the protests on Twitter, though many Turks said the website was unavailable on Tuesday evening. The state often blocks access to social media during periods of unrest.

“We will not allow brothers to fight each other,” Davutoglu said, adding that state military operations would continue against the PKK after a two-year-old ceasefire effectively collapsed last month.

For more than three decades, the PKK and other Kurdish rebel groups in Turkey have fought for their autonomy, a conflict that has escalated since a suicide bombing near the Syrian border in July. Authorities blamed the attack, whose 33 victims included numerous Kurds, on the Islamic State of Iraq and Greater Syria; Kurdish groups said it resulted from government inaction and retaliated by killing two police officers. 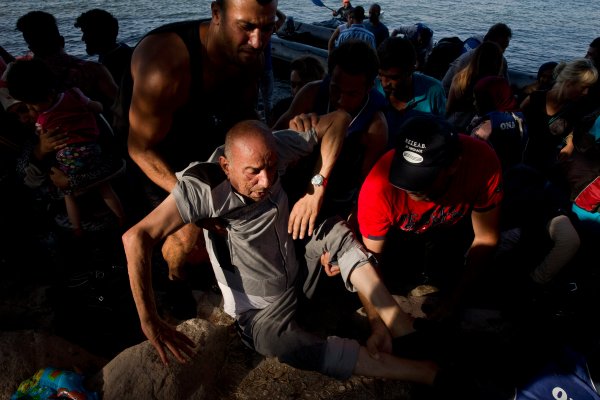