Bruno Mars smiles as President Obama makes remarks to members of the military and White House staff who were invited to the South Lawn of the White House in Washington, DC on July 4, 2015.
Ron Sachs—AP
By Jack Linshi

The NFL has offered Bruno Mars the headliner spot for the Super Bowl 50, according to a report published Tuesday by Entertainment Weekly.

The pop star headlined the Super Bowl SLVIII halftime show in 2014 alongside The Hooligans and special guest The Red Hot Chili Peppers. Mars’ performance had been the most-watched halftime show ever prior to Katy Perry’s performance during last year’s Super Bowl.

Representatives for Mars and the NFL did not immediately respond to Entertainment Weekly‘s requests for comment. 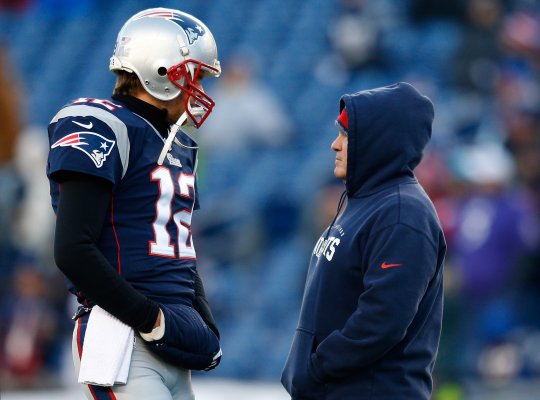