An undated photo of Zach Anderson.
The Anderson Family
By Jack Linshi

A judge has vacated the sentence of an Indiana teenager convicted of criminal sexual conduct, his lawyer said on Tuesday.

Berrien County District Judge Dennis Wiley tossed the sentence of Zachery Anderson, 19, who in April had been sentenced to 90 days in jail, five years on probation and 25 years on Michigan’s sex offender registry for having sex with an underage Michigan teen who had lied about her age, the South Bend Tribune reports.

Anderson had met the teen, 14, in December through an online dating app, on which she claimed to be 17, one year over the age of consent in Michigan, according to a police report. Anderson pleaded guilty to fourth-degree criminal sexual conduct in February after police visited his home in Indiana.

The case has sparked national debate over the severity of sex offender sanctions imposed upon the young man, including requiring Anderson to stay off the Internet and to live far from schools and public parks. 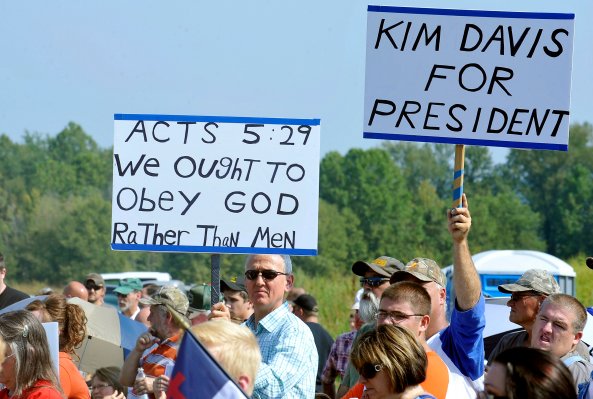 Kentucky Clerk Kim Davis Is Released From Jail
Next Up: Editor's Pick