Verizon is working to step up the speed of its wireless network while speeding past its rivals in the race for 5G.

Verizon’s chief information officer, Roger Gurnani, told CNET that the company plans to start testing new 5G, or fifth-generation, wireless technology within the next year, and the telecom giant could be the first wireless carrier to launch a 5G network within two years. Gurnani said in the interview with CNET that Verizon will start field trials on the new technology at some point over the next 12 months, and that “some level of commercial deployment” could be expected sometime in 2017.

Just as the wireless industry’s broad adoption of 4G technology heralded a new age of faster download speeds and improved connectivity, companies like Verizon foresee 5G eventually dominating the market. For most companies, 2020 is the likely target date for launching 5G technology, according to CNET, and Verizon even admits that its own 5G technology will likely only just be starting to become available within the next two years. Verizon was the first company to introduce 4G LTE, or fourth-generation long-term evolution, to the market roughly six years ago.

In a press release on Tuesday, Verizon confirmed its plans to start testing 5G technology in 2016, adding that the company will be working with Alcatel-Lucent, Cisco, Ericsson, Nokia, Qualcomm, and Samsung in an effort to ensure that supportive technologies will be able to take advantage of faster connectivity speeds.

Verizon said that benefits of a faster 5G network would include “about 50 times the throughput of current 4G LTE, latency in the single milliseconds, and the ability to handle exponentially more Internet-connected devices to accommodate the expected explosion of the Internet of Everything.” 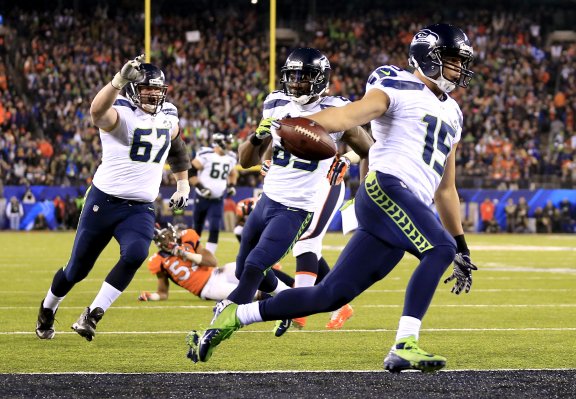 Here's Why People Will Pay $99 for Old NFL Games
Next Up: Editor's Pick