An investigation published Tuesday by ESPN’s “Outside the Lines” found that the New England Patriots’ cheating has been much more extensive than the NFL has revealed.

The report, based on interviews with more than 90 officials, owners, executives and coaches within the NFL—including some within the Patriots organization—claims that the Patriots spied on other teams dozens of times before being caught in the 2007 “Spygate” scandal. Insiders also told ESPN that Commissioner Roger Goodell’s attempts to punish quarterback Tom Brady for this year’s “Deflategate” scandal was restitution for his initial failure to properly penalize the Patriots for “Spygate.”

Here are the story’s key findings:

Between 2000 (when Patriots Coach Bill Belichick took over the franchise) and 2007 when a Patriots employee was caught taping the Jets’ coaching signals, the team allegedly recorded the signals of other teams’ coaches for at least 40 games, which is against league rules.

Goodell ordered everything to be destroyed, according to ESPN’s sources. “Goodell didn’t want anybody to know that his gold franchise had won Super Bowls by cheating. If that gets out, that hurts your business,” a senior executive whose team lost to the Patriots in a Super Bowl told ESPN. Ultimately, Goodell handed down a $500,000 fine for Belichick and a $250,000 fine for the organization along with the loss of their first-round draft pick.

Patriots employees interviewed disclosed that low-level employees were ordered to steal the play sheets from the opposing teams before games. Apparently this was an open secret in the NFL with other teams’ coaches putting out dummy play sheets for the Patriots to swipe.

Other teams complained that their lines would often go dead while playing at the Patriots’ Gillette Stadium.

Martz told the ESPN reporters that Goodell pressured him to make a statement in 2008 saying that he was satisfied with the Spygate investigation so that the league could avoid a congressional hearing. He says he did make a statement, but the one that was released was altered. He also added “even to this day, I think something happened” in his team’s loss to the Patriots in the 2008 Super Bowl.

Belichick tried to punish Tom Brady for DeflateGate in order to make up for his failure with SpyGate, according to insiders

It was “time for a makeup call,” one owner told ESPN.

Goodell told ESPN’s “Mike & Mike” on Monday morning that he was “not aware of any connection between the SpyGate procedures and the procedures we went thought [with DeflateGate.]”

The Patriots issued a long statement in response to the investigation, which reads in part: 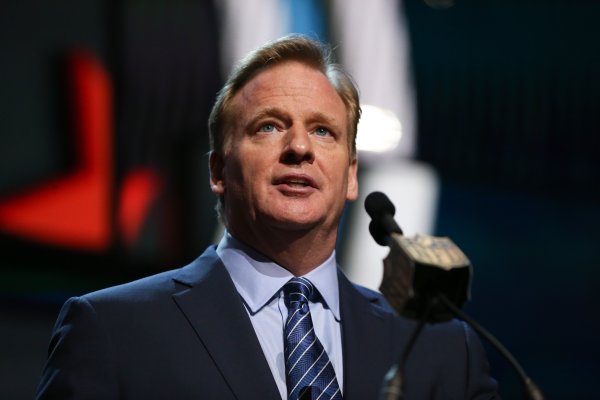