Tom Brady Explains the Donald Trump Hat in His Locker

“He sent it tome via R.K.K.,” Brady said on Tuesday, referring to Patriots owner Robert Kraft. “He always gives me a call and different types of motivational speeches at different times. So now that he’s running for president, he sent me a hat, and he gave it to R.K.K. a couple weeks ago. So it found its way to my locker.”

The unlikely friendship traces its roots to 2002, Brady said. “I mean it’s pretty amazing what he’s been able to accomplish,” the football star said. “He obviously appeals to a lot of people, and he’s a hell of a lot of fun to play golf with.”

Trump expressed his support of Brady after a judge overturned the starting quarterback’s four-game Deflategate suspension.

The Patriots’ first game of the season is against the Pittsburgh Steelers on Thursday. 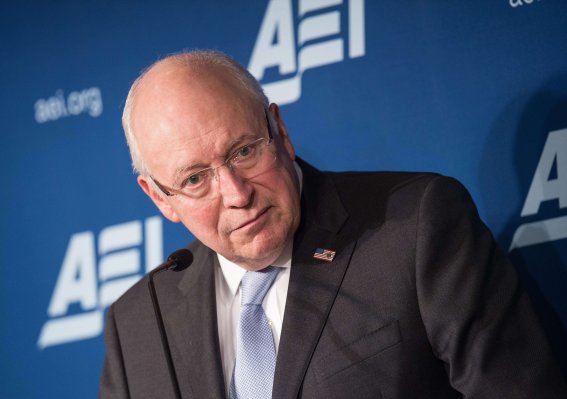 Cheney Warns U.S. Could Be in Iran’s Nuclear Crosshairs
Next Up: Editor's Pick