With the launch of a public developer software kit, more apps will be able to add support for Google's Chromecast.
Jared Newman for TIME
By Jared Newman

Chromecast is about to get much more interesting now that Google has opened the door to more apps.

With the launch of a public software development kit, any developer can add Chromecast support in apps for Android, iOS and the web. This doesn’t just include video and music apps; it also allows for wilder ideas such as using your phone to control a Game Boy emulator on the television.

The idea with Chromecast — a $35 dongle that plugs into your TV’s HDMI slot — is that you use your phone, tablet or laptop in place of a remote control for streaming media. Apps that support Chromecast display a small “Cast” icon on the screen, and pressing it sends instructions to the television to start streaming that content. With certain TVs, Chromecast will also turn the television on and switch to the correct input when you begin casting.

Until now, Google has tightly controlled which apps could work with Chromecast. Netflix, YouTube and Google Play were available at launch, and a handful of other apps including Hulu Plus, HBO Go, Pandora and Songza came later. But a lot of other developers have added Chromecast support, and have simply been waiting for Google to let them in. The public SDK should usher in support from many more apps, though it’s not clear when we’ll start seeing the new additions.

I already use Chromecast regularly for most of the apps listed above, but ideally I wouldn’t even have to think about app support. Although Chromecast has improved over the last six months, it won’t hit its full potential until the Cast button is ubiquitous in smartphone and tablet apps.

For now, here’s a list of noteworthy apps that have pledged support for Chromecast, but have not yet added the capability (mostly via Wikipedia): 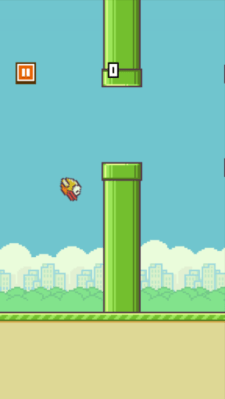 No, You Don't Have to Play Flappy Bird
Next Up: Editor's Pick