How the Science of Siblings Shaped Venus and Serena

It's war — and yet not: Venus, left, and Serena Williams at Wimbledon in July 2015
Mark Leech—Getty Images
By Jeffrey Kluger

Psychology is a sloppy business. Perhaps the only thing as unpredictable as human behavior are the studies that try to explain it. Devise the best and most exacting experiment you want, and it all still relies on trying to understand the slippery, self-reported thoughts and feelings of people.

And then, once in a great while — bang! — the perfect experiment presents itself. That, to investigators studying the complex psychology of sibling behavior, is what has happened every one of the 26 times Venus and Serena Williams have faced off across a tennis net, and it’s what’s happening again as they play each other for the 27th time in the 115th U.S. Open on Sept. 8. As I wrote in my 2011 book, The Sibling Effect, the dynamic that’s at work in this kind of psychic crucible can be a very complex — and very rich — thing.

The psychodrama of the Williams storyline is well-known by now: Venus, 15 months older than little sis Serena, was the first to turn professional — in 1994 — the first to win Wimbledon, and the first to be ranked No. 1 worldwide. Venus was also the dominant player when the sisters went head to head, winning four of the first five matches they played against each other, from 1998 to 2000.

But then Serena found her form — not to mention her explosive 128-m.p.h. serve — and over the years has supplanted her big sister. She leads Venus 15 to 11 in head-to-head competition, including six of the last seven times they’ve faced off; she’s copped 67 women’s singles titles to Venus’ 46, and 21 Grand Slam titles to Venus’ 7; and she’s spent more than a collective 250 weeks — or five years — ranked No. 1 worldwide. Serena may or may not be the greatest women’s tennis player of all time, but if she’s not, it’s hard to make a case for who is.

As a sports story, it’s all ripping good stuff, but viewed through the lens of sibling science, there aren’t a whole lot of surprises here. Venus and Serena grew up on the rough streets of Compton, Calif., and took to tennis under their father’s guidance partly as a way of staying clear of the gang violence that has shredded the community.

Serena followed Venus enthusiastically onto the tennis courts, which is of a piece with the sibling phenomenon known as identification — with little sibs emulating and imitating big sibs. But de-identification is an equally real thing. A little brother who follows his big brother onto the high school football team might be a great player, but at best he’ll only get 50% of the family applause for whatever he accomplishes on the field. Better then to forget about sports, run for student-council president or join the drama club and corner the family market on that activity.

In the case of the Serena, de-identification was less of an option, because the sisters’ father stressed that success on the tennis court was not only desirable but almost expected. Something similar may have been at work for both Peyton and Eli Manning — sons of NFL quarterback Archie Manning; for Billy and Cal Ripken Jr. — sons of third-base coach and manager Cal Ripken Sr.; and all four Kennedy brothers, whose father, Joe Sr., might not have been a politician himself but made it clear that that was the field he expected his sons to enter.

The Williams sisters’ style of play is also consistent with what sibling studies reveal. Little siblings, research shows, are more inclined to engage in extreme sports like sky-diving, more likely to join the military and even more likely to get arrested during demonstrations or exercises in civil disobedience than big sibs are. That’s because they’re born into a world in which older siblings get most of the goodies, and so they’re inclined to be rebels. Indeed, even when siblings play the same sport, it’s the younger ones who are more aggressive and physical, preferring contact positions like a baseball catcher, as opposed to safer positions like pitcher or outfielder.

It’s Serena, no surprise, who is thus known as the more aggressive of the Williams sisters, and the more demonstrative one too, likelier to shout in the heat of a match than her sister is. Even in a comparatively decorous sport like tennis, that kind of alpha personality pays dividends. (Of course, it was also Serena who, in 2009, was fined $10,500 for shouting at a lineswoman that she would “f—ing take the ball and shove it down your f—ing throat.” So there are downsides too.)

More important though, is the close bond — albeit a conflicted one — that the Williams sisters share. As with a lot of siblings who face challenges when growing up, the sisters’ hard-knock neighborhood likely made them draw closer as children, the better to protect each other from the larger world. But as with siblings who enter the same field — particularly one in which determining winners and losers is the whole point of the enterprise — they could not help but be competitive.

When the sisters played at Wimbledon in July, Serena — who won the match 6-4, 6-3 — told the New York Times, “It definitely doesn’t get easier. But today I was out there, and I thought: ‘Wow. I’m 33, and she just turned 35. I don’t know how many more moments like this we’ll have.’ I remember when we were 8 years old. We dreamed of these moments.”

But at the U.S. Open, there will be more on the line, with Serena trying to clinch the Grand Slam — all four major titles in the same year — and Venus trying to deny her bid for history. “It’s like playing a mirror,” Serena said about squaring off against Venus. The mirror hits back, however, and both sisters know they have to approach this match like any other. “What else can you do, except try to win the point?” says Venus.

It’s not as easy as that, of course. “I know it’s going to be hard, because I know [Venus] wants [Serena] to get it,” says their mother Oracene Price.

And right there, in Price’s seemingly simple observation, lies the exquisite tension of the sibling bond. For one sister, the joy of winning will be dimmed the pain of having inflicted a loss; for the other, the pain of losing will be brightened by the joy of watching a loved one win. The siblings’ world has never been an easy one, but its rewards can be more enduring than a mere trophy. 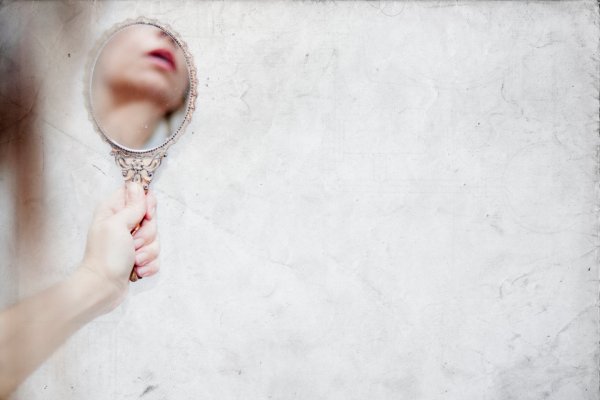 How to Deal With a Narcissist, Backed by Research
Next Up: Editor's Pick