U.S. Gas Prices Could Stay Low for the Time Being

The oil bust has been largely a supply-driven phenomenon. Unlike the last time that oil prices were this low – during the 2008-2009 financial crisis – this past year’s price collapse has not been because of destruction in demand, but due to too much supply.

Nevertheless, the way the oil markets get out of the current mess and find equilibrium is from both a supply and demand correction. Supply is indeed falling in the United States. Last week the EIA reported sharply lower production figures for the first half of 2015, revealing that U.S. oil production has been falling quicker than previously expected.

But the demand side of the equation is also pointing to signs of adjustment. Lower prices have spurred much stronger demand for refined products. Car sales for the month of August hit their highest levels on an annualized basis since 2005. And consumers are preferring heavier-duty vehicles, which burn more fuel. Truck sales are up 8.6 percent from the same month a year ago. In June, U.S. motorists drove the most miles ever recorded in a single month, and gasoline consumption spiked by 4 percent from June 2014.

The rapid rise in consumption is obviously linked to low prices at the pump. The EIA published new data that shows that gasoline prices during the Labor Day holiday weekend – a weekend of exceptionally high traffic on the roads – were at their lowest levels in 11 years. In fact, a gallon of gas on Labor Day 2015 was 95 cents lower on average than the same gallon a year ago.

Although predicting movements in the oil price has increasingly become a fool’s errand, there are several upcoming developments that could slow the demand growth rate, and put downward pressure on the price of crude. Following the Labor Day holiday weekend, which more or less marks the end of peak driving season, U.S. motorists may drive less than they have in recent months.

Also, refineries are undergoing maintenance and are switching to winter fuel blends (which are cheaper than summer blends). Maintenance could take some refineries offline temporarily, and the lower throughput could reduce demand for crude oil.

In the near-term, that could mean that cheap gasoline is here to stay. 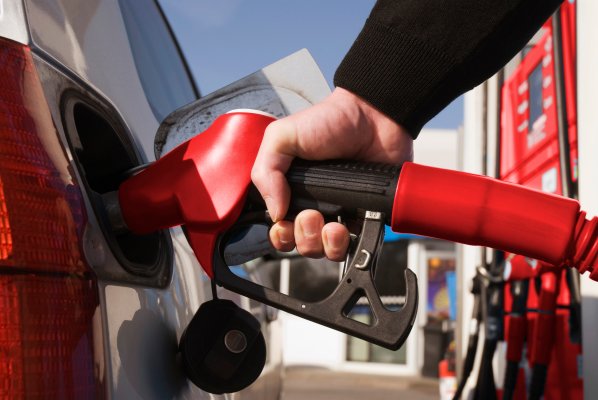 This Graph Shows Just How Low Gas Prices Are Leading Into Labor Day
Next Up: Editor's Pick