British vocalist Sam Smith has confirmed that he is singing the theme for the latest Bond film, Spectre.

“This is one of the highlights of my career,” the artist wrote on Twitter on Tuesday. “I am honoured to finally announce that I will be singing the next Bond theme song.”

The track, “Writing’s on the Wall,” is available for CD and vinyl preorder now, or on iTunes at midnight. Its official release date is Sept. 25, according to the BBC.

It was “the quickest song I have ever written,” Smith said during an interview on the BBC Radio 1 Breakfast Show With Nick Grimshaw on Tuesday. “We did it in like 20 minutes.”

On Monday, Smith hinted that he was behind the new theme, posting a black-and-white image of a hand wearing a ring stamped with criminal organization Spectre’s octopus symbol. 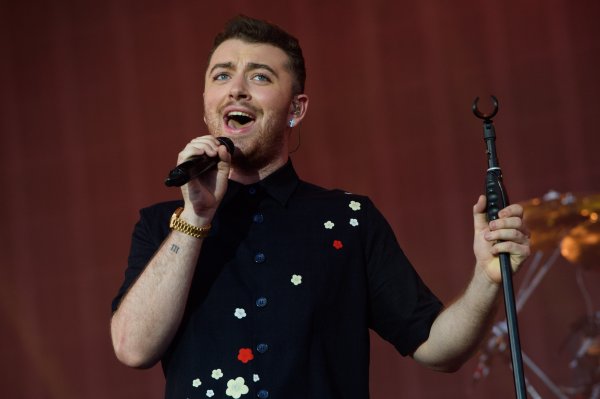 Is Sam Smith Doing the Next Bond Theme?
Next Up: Editor's Pick