The Return of JoJo: I'll Be Paying Back My Lawyers 'For Years'

“I hope somebody shows a titty,” says JoJo, leaning on a couch in her record label’s office in midtown Manhattan, her gold eyebrow ring catching the light from the window. It’s two days before she heads to the 2015 MTV Video Music Awards, where host Miley Cyrus eventually did just that, and she has yet to decide what to wear. But first, JoJo must deal with a more pressing matter: Has she picked a name for her fanbase yet? “A term of endearment I use all the time is ‘pumpkin,’ so I was thinking of calling them ‘Pumpkins’ or ‘The Pumpkin Patch,’” she says. But then, on second thought: “I want them to feel like it’s their thing. I’m not going to tell them what to call themselves. Call yourself whatever you want!”

It’s de riguer for pop stars to name their followings these days—sometimes it feels more like wishful thinking from the marketing department—but the practice didn’t really exist in 2004, when then-13-year-old Joanna “JoJo” Levesque became the youngest artist to ever have a No. 1 single on Billboard‘s mainstream Top 40 chart with her spunky break-up song “Leave (Get Out).” Twitter didn’t exist either, that place where pop fans pledge allegiance to their idols with names like the Little Monsters (for Lady Gaga) or Beliebers (for Justin Bieber) and furiously promote their music like a digital street team. Yet if there’s any group of fans who deserve to be treated like a meaningful constituency, it’s the JoJo fans. After all, they were the ones running #FreeJoJo hashtag campaigns and carrying the torch for her career when a prolonged legal battle with her record label kept JoJo from releasing an album for the better part of a decade.

Last month, JoJo finally returned with a trilogy of singles: the dance-pop number “When Love Hurts,” the moody mid-tempo “Save My Soul,” and the stormy ballad “Say Love.” The “tringle,” as she dubs it, precedes what will be her first official studio album since 2006. “It’s so weird thinking about it as a comeback,” says JoJo, now 24. But she didn’t think it was right to make her return to pop with just one song after what she—and her fans—went through.

A child star who appeared on Kids Say the Darndest Things and America’s Most Talented Kid, JoJo signed a seven-album deal with Blackground records at the age of 12. She released her platinum-selling debut album in 2004 and at age 15 followed up with 2006’s well-received The High Road, which spawned her other big hit, “Too Little Too Late.” When it came time to release her third album, however, her relationship with Blackground disintegrated. Repeated changes in ownership and distribution effectively held JoJo’s career hostage. She submitted multiple albums’ worth of material and was met with silence. Relief didn’t come until 2013, when she filed a lawsuit alleging that, because of California and New York contract laws concerning minors, she could no longer be bound by her contract after a span of seven years. In January the following year, she announced that she was finally free and had signed with Atlantic Records.

“I’m going to be paying back my litigators for years,” JoJo says. “They did it because they believed I was going to be successful in the future. They see the fight within me. I was told by tons of lawyers that I would never get out and that I should go to college. But I knew that I needed to seize my youth and seize the moment, because I’m not going to be in my twenties forever. Now is my time.”

JoJo says her career struggles left her feeling depressed and angry at times, but she wasn’t idly sitting around and shaking her fist at the sky, either. Throughout her ordeal, she plotted her next move to ensure she’d never find herself in that situation again. She considered going independent, but after studying the roster of artists at Atlantic records, decided she wouldn’t have to compete with other artists for attention and resources there. (Another singer who faced label obstacles, Sky Ferreira, said in 2012 that her label told her they shelved her album because they couldn’t focus on more than one female pop performer at a time.) “I just wanted there to be space for me to shine.” JoJo says of her decision. “You can never be positively sure. I’m still dealing with some PTSD, you know?”

The past nine years haven’t exactly been a drought of JoJo material. She’s been recording steadily over the years, releasing two mixtapes—2010’s Can’t Take That Away From Me and 2012’s Agápē—as well as 2014’s #LoveJo covers EP, which celebrated her label emancipation. One-off songs like her version of Drake’s “Marvin’s Room” and the steamy “Demonstrate” marked her transition to more grown-up material. “If I see a kid in the audience, then I do feel like I need to censor myself because I have little cousins and I don’t feel like it’s cool to sing”—she starts to bust out a line from “Marvin’s Room” here—“f— that new girl. I don’t feel cool about that.”

Because she’s legally barred from releasing much of the music she recorded under her old contract, she started from scratch for her third studio album, which is due early next year. (She’s also outgrown most of that material, anyway.) She’s logged time with legendary songwriter Diane Warren and recorded with producer Harmony Samuels, known for his recent work with Ciara and Ariana Grande. She also sought out British wunderkind MNEK, who’s already written for divas like Madonna and Kylie Minogue. “When I found out he’s 20 years old writing and producing and singing his face off, I was so impressed,” JoJo says. “When I think of the young kids coming up, I used to be the youngest. Now I’m, like, the person that people will ask for advice.”

Unlike many artists who rose to fame as teenagers, JoJo isn’t embarrassed by her older material. In fact, she embraces it, often kicking off her shows with “Leave (Get Out).” (The music video is another story: “I was so sassy!” she says. “I was wearing chicken cutlets in my bra because I wanted to be curvy. Now I’m a woman and I don’t need those.”) But after her years of label purgatory, JoJo doesn’t count on picking up right where her teen career left off. “I don’t expect to skyrocket to the top,” she says. “That’s never been my story. Even though it seemed like it happened all at 13, I had been working since I was 6. I’ve been doing this for a long time. I don’t think this is going to come easy. I’m ready to work my ass off. I’m ready to prove I’m supposed to be here.” 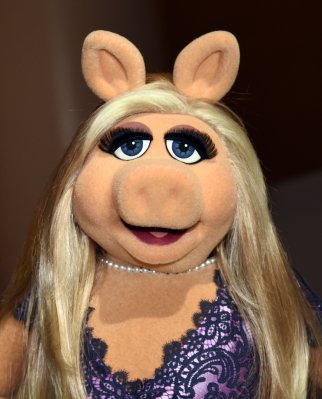