Netflix Didn't Think Top Gear Stars Were Worth Paying For

Jeremy Clarkson, Richard Hammond and James May during a press event on July 17, 2015 in Perth, Australia.
Matt Jelonek—2015 Matt Jelonek
By Megan Gibson

Some people might think the former hosts of Top Gear are worth top dollar, but not Netflix.

An executive at the streaming service has said that Netflix didn’t believe Jeremy Clarkson, Richard Hammond and James May – who all left the BBC car show after Clarkson assaulted a producer earlier in 2015 — were worth the money they were asking for to present a new show. (The trio has signed a deal with Amazon Prime.)

“We have past episodes of Top Gear, so we have a pretty good gauge of what audiences like,” Neil Hunt, Netflix’s Chief Product Officer, told the U.K. site Digital Spy. “Our buying decisions tend to be somewhat data-driven. We have a lot of data to get the deals we want, so there we go. Clearly it wasn’t worth the money to make the deal… I think they sold themselves for way more money [than they’re worth].”

However, Hunt did follow up the interview with a statement, noting that “[t]here is an audience for everything and it is not up to us to judge if Amazon has paid too much or not.” 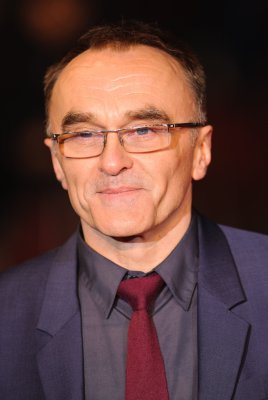 Danny Boyle Is Planning on a Trainspotting Sequel for His Next Film
Next Up: Editor's Pick