Gunfights in Tajikistan's Capital City Have Killed at Least 35 People

A series of violent clashes between police and criminal gangs over the weekend in Tajikistan’s capital city, Dushanbe, have resulted in the deaths of at least 35 people, UPI reports.

The new agency cites official statements that say gunfights broke out Friday when a group of men “captured significant amounts of weapons and ammunition” in a raid on the country’s Ministry of Defense and a local department of the Ministry of Internal Affairs.

Police killed at least 13 gunmen while losing nine of their own men, and subsequent reports on Saturday said another 13 suspects were shot dead in the mountains surrounding the city, UPI says. Authorities have also reportedly arrested 32 others in connection with the attacks.

Officials accuse Abdukhalim Nazarzoda, the country’s former Deputy Defense Minister, of being the mastermind behind the violence after finding large amounts of weapons and ammunition at premises he owns.

Nazarzoda is a former member of the United Tajik Opposition, a militant rebel alliance that was folded into the national government when a five-year civil war ended in 1997. The 51-year-old politician was dismissed from his post last Friday over accusations that he belongs to the Islamic Renaissance Party of Tajikistan — a group banned recently for alleged ties to the Islamic State of Iraq and Greater Syria (ISIS). 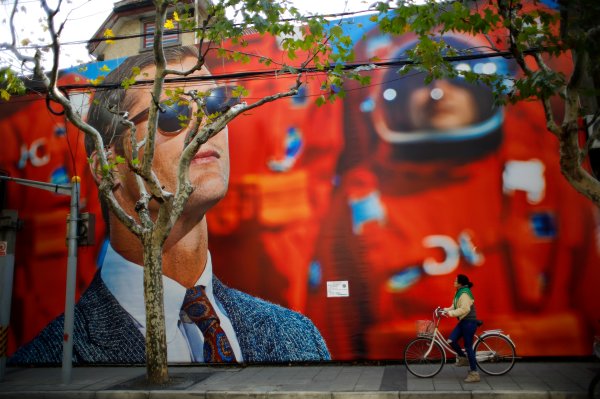 China Cracks Down on Superlatives in Advertisements
Next Up: Editor's Pick