Republican presidential candidate Carly Fiorina said Sunday she is disappointed in congressional GOP leadership, arguing that if they don’t move swiftly to pass conservative legislation, they “should go.”

Mentioning Speaker of the House John Boehner and Senate majority leader Mitch McConnell by name, Fiorina said at a campaign stop in Bedford, N.H., that the Republican leaders haven’t done enough since the 2014 election.

“Mr. Boehner and Mr. McConnell, I know them both, they’re good men,” she said to a gathering of about 30 supporters. “But perhaps they’ve been captured by the status quo.”

Fiorina said the Republican-controlled Congress should pass bills to institute a 20-week abortion ban and defund Planned Parenthood, secure the border, and rein in government regulations regardless of whether President Obama threatens to veto the legislation, adding that if they can’t do it, the GOP leadership should step aside.

“I think if they would did those three things I would be satisfied that leadership is producing results,” Fiorina said. “And if they can’t produce results then unfortunately leadership should go.”

Speaking to reporters after the event, Fiorina, who is banking her candidacy on voter frustrations with “career politicians,” said Americans are frustrated by the mismatch between the promises made in 2014 and the results in Washington.

Fiorina added that Republican lawmakers should couple a measure to defund Planned Parenthood with legislation to keep the government operating into the next fiscal year, which begins Oct. 1, even if it provokes a government shutdown.

“If President Obama is prepared to shut down the government because he cares so much about Planned Parenthood, then let him do that,” Fiorina said. “But I think this gets to the core of our nation’s character, and I also know that the vast majority of Americans agree with me on that.” 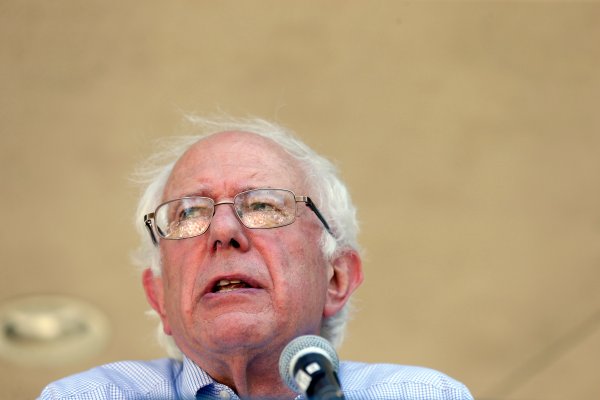