Though Caitlyn Jenner still identifies as Republican, she admitted on The Ellen DeGeneres Show that she has softened on issues like same-sex marriage.

In the below pre-taped clip from the talk show’s Tuesday premiere, Jenner said that she was initially not behind same-sex marriage. “I’m a traditionalist. … I kinda like tradition and it’s always been a man and a woman,” said Jenner.

But, she added, those views have evolved. “As time has gone on, I think a lot of people on this issue have really changed their thinking here to, ‘I don’t ever want to stand in front of anybody’s happiness.’ That’s not my job, okay? If that word — ‘marriage’ — is really, really that important to you, I can go with it,” Jenner said.

Host Ellen DeGeneres pressed Jenner to explain her position on the use of the word, because “obviously ‘marriage’ is an important word because marriage is marriage and equality is equality, so we want the same word everyone else has.”

That said, Jenner insisted that she’s “on board” and “okay” with same-sex marriage: “I don’t want to stand in front of anybody’s happiness.”

Hillary Clinton and Malala Yousafzai will also appear during Ellen’s premiere week when the new season kicks off Tuesday. 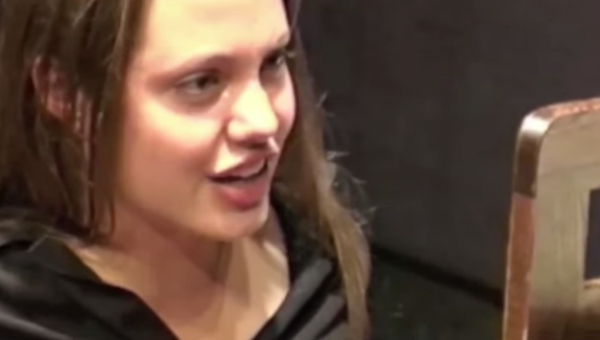 Watch a Young Angelina Jolie Show Off Her Skills in an Acting Class
Next Up: Editor's Pick