Jobless Rate Falls to Lowest Since the Recovery Began

The U.S. economy added 173,000 jobs in August, while the unemployment fell to 5.1%, according to a report released Friday by the Labor Department.

The total number of new non-farm payroll jobs was about 50,000 lower than economists had expected, but that was tempered by the fact that estimates for job gains in June and July were revised up by a total of 44,000 jobs.

The unemployment rate, now at 5.1%, is now at the lowest rate since April of 2008, well before the beginning of the economic recovery. While that sounds like great news, much of that decline can be blamed on the fact that the labor force participation rate, or the ratio of folks in the labor market to Americans over the age of 16, remains at levels not seen since the late 1970s, before women began entering the job market in force.

Another reason for concern: the report shows no sign that workers are getting a significant raise. Average hourly earnings have increased just 2.2% over the past year, while there’s evidence that much of these increases are being captured by more elite workers. As Daniel Alpert, Managing Partner of NY investment bank Westwood Capital tweeted:

In other words, this jobs report doesn’t tell us much about the economy we didn’t already now. We’re still adding a healthy number of jobs each month, but we’re still seeing no signs of the strong wage growth that would both move the economy back towards 2% inflation, or spur the kind of above-trend economic growth that we once saw following recessions. 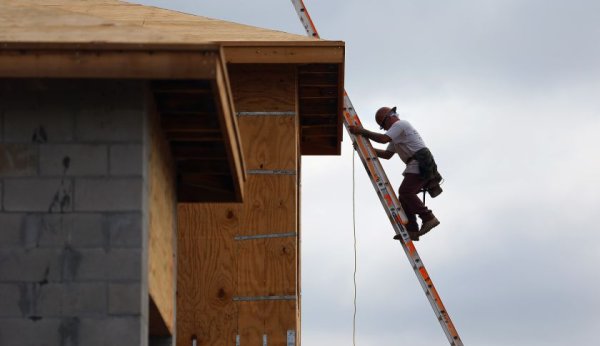 There’s a Dire Shortage of Workers In This Growing Industry
Next Up: Editor's Pick