Anne Hathaway is feeling the sting of getting old in Hollywood — at 32.

“I can’t complain about it because I benefited from it,” the actress admits in an interview with Glamour UK. “When I was in my early 20s, parts would be written for women in their 50s and I would get them. And now I’m in my early 30s and I’m like, ‘Why did that 24-year-old get that part?’”

(Also worth noting: Hathaway recalls meeting Taylor Swift, whom she describes as “a magnificent creature,” when Swift was dating Jake Gyllenhaal.)

The conversation about Hollywood’s ageism is hardly a new one. Amy Schumer satirized it and, earlier this year, Maggie Gyllenhaal revealed that she, at 37, was deemed too old to play the love interest of a 55-year-old man.

Russell Crowe made some controversial comments in January arguing that actresses who complain about ageist casting need to start acting their age. “If you are willing to live in your own skin, you can work as an actor,” Crowe said. “If you are trying to pretend that you’re still the young buck when you’re my age, it just doesn’t work.”

Head to Glamour UK for more details, and read the full interview when the issue hits newsstands Sept. 7. 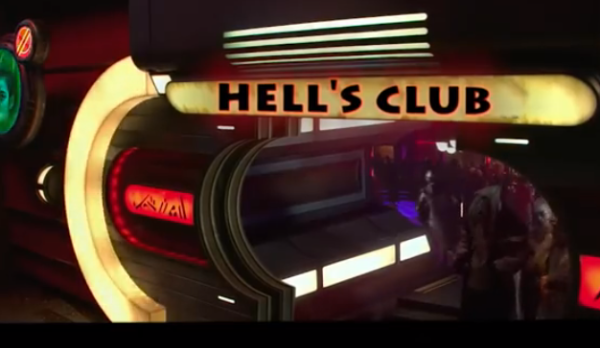 See a Cool Mash Up of Movie Nightclub Scenes
Next Up: Editor's Pick