A post on of a popular photoblog has drawn the attention of the President—so much so that he left a heartfelt note.

The photograph, posted Thursday to the Humans of New York Facebook page, featured a young a Iranian boy and his father, along with a story from the proud parent telling how he knew his son would be a humanitarian when the boy gave away a bag of fruit he was asked to hold.

The story was moving enough to catch the attention of President Obama. “One of the most fulfilling things that can happen to you as a parent is to see the values you’ve worked to instill in your kids start to manifest themselves in their actions,” said the President on the White House Facebook account. “And this one really resonated with me.”

In a possible allusion to his impending nuclear deal with Iran, the President also promised to “continue doing whatever I can to make this world a place where he and every young person like him can live up to their full potential.”

Humans of New York is the brainchild of photographer Brandon Stanton, who set out to photograph and interview the inhabitants of New York City. Stanton is currently on his second trip to Iran. 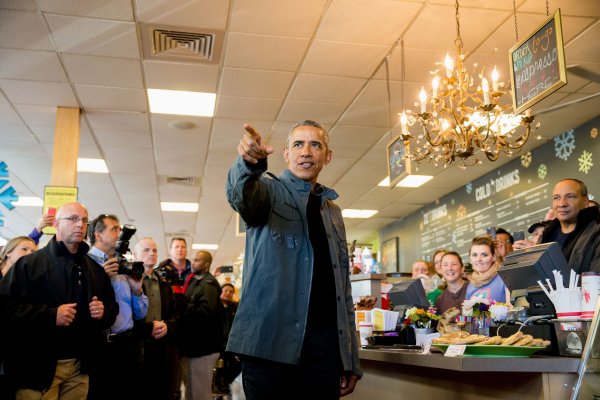 Follow President Obama as He Instagrams His Way Around Alaska
Next Up: Editor's Pick