The U.S. Obsession With Victory Is Dangerous

Getty Images
Ideas
By A. Trevor Thrall and Erik Goepner

During the Republican presidential primary debate last month, Fox News moderators asked the candidates to spell out their plans to defeat ISIS within 90 days. Given the past 14 years of U.S. experience, especially in the Middle East, one could be forgiven for thinking that a question so ridiculous had to be the brainchild of journalists more interested in ratings than policy.

Yet the question accurately reflects the unhealthy victory obsession that has gripped American leaders when it comes to foreign affairs. Everyone loves a winner, and victory is sweet, to be sure, but the vast majority of international challenges that the U.S. faces are not win/lose propositions. The U.S. cannot defeat Russian obstreperousness, or the Syrian civil war, or the rise of China. And the U.S. certainly cannot defeat religious fundamentalism, whatever its stripe. Wise foreign policy makers realize that the question is not how to win, but how to mitigate threats and pursue national interests in the face of such challenges over the long run.

Unfortunately, the American political system does not deal easily or comfortably with shades of gray. World War II taught the U.S. to believe that victory was not only possible but also sublime, reinforcing our national narrative of exceptionalism and unlimited capabilities.

Vietnam, on the other hand, spawned a generation of leaders paralyzed by the notion of defeat. The 1980s and 1990s saw U.S. leaders embrace the Weinberger and Powell doctrines, attempts to ensure the U.S. would not engage its military abroad without a clear plan for victory.

The victory obsession is in full swing when it comes to ISIS. Obama launched his campaign arguing that the U.S. will “degrade” and “destroy” ISIS. In the past year we have seen an avalanche of commentary—journalistic, academic, and professional—with extensive analysis of “How to Defeat ISIS,” a dizzying array of plans for “Defeating ISIS,” along with numerous exhortations that despite setbacks and challenges “We Can Defeat ISIS.”

This obsession with victory makes for bad policy for three important reasons:

1. It encourages the misdiagnosis of the challenges we face, which leads to misguided solutions.

The U.S. has defined the problem of the Islamic State by focusing on ISIS the organization because organizations are relatively concrete concepts that can, in theory, be destroyed. But ISIS is simply the current physical manifestation of a much larger and less tractable set of issues in the region.

President George W. Bush’s “mission accomplished” speech two months into what became America’s eight-year war in Iraq provides a perfect example of this dynamic. The Bush administration mistook victory over Saddam Hussein’s military for a permanent solution to Iraq’s problems. Now the Barack Obama administration is repeating the same mistake by focusing on a strategy of “degrading and destroying ISIS.” The U.S. cannot remake the history, culture, and civil society of the Middle East by destroying ISIS, anymore than it could fix Iraq by toppling Saddam Hussein or Afghanistan by removing the Taliban.

2. The victory obsession encourages the U.S. to do things that in fact make the situation worse.

Ramping up military efforts against ISIS will increase jihadist recruiting, encourage more terrorist attacks in the U.S. and abroad, and further inflame already widespread anti-American sentiment throughout much of the Middle East.

Our War on Terror policies simply don’t work well. Terror attacks worldwide have mushroomed from less than 2,000 in 2001 to nearly 17,000 last year, while the estimated number of terrorists and fighters has risen an estimated 240%.

3. The victory obsession also poisons the politics of foreign policy.

Instead of a rational debate about how to confront ISIS, political leaders compete to propose ever more aggressive strategies in order to score political points with the public rather than to identify sound policy. Once Obama embarked on his policy of “degrade” and “destroy” and the inevitable slowdowns and setbacks followed, critics amped up their sniping, making it even harder to make sound policy.

It’s time to ditch our obsession with victory. Like crime, conflict and instability are ever-present features of the global system, not foes that can be defeated once and for all. The U.S. needs to stop seeking a decisive victory over ISIS and instead should implement policies to mitigate the challenges the Middle East will present in the years to come. 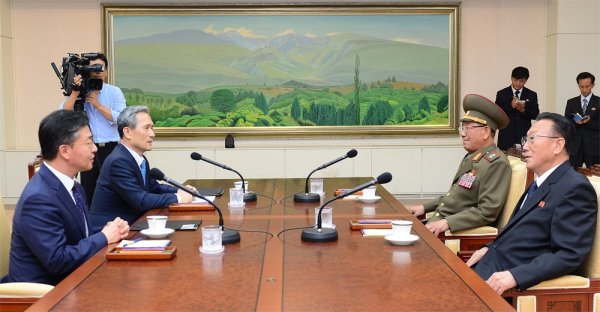 How Do You Solve a Problem Like North Korea? U.S. Leadership
Next Up: Editor's Pick