As part of a three-day trip to Alaska to promote climate change initiatives, President Obama visited Dillingham Middle School Wednesday and performed with youngsters who were doing a Yup’ik dance in traditional headdresses decorated with jewels and fur.

“I’ve been practicing,” he told the crowd.

Also during his time in the fishing village, he gamely sampled salmon jerky — calling it “really good” — and laughed when a salmon spawned on his shoes, prompting him to joke that the fish was “happy to see me.”

The other part of his trip that created a buzz on Twitter was the video he filmed with a selfie stick at Kenai Fjords National Park on Tuesday: 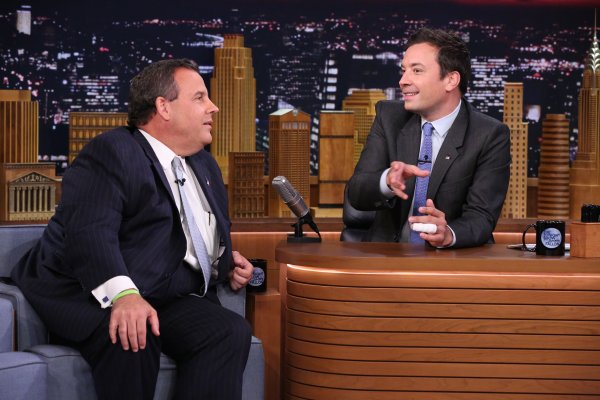 Chris Christie Stormed Off Set When Jimmy Fallon Made a Joke About His Weight
Next Up: Editor's Pick