Tommy Pickles and Chuckie Finster could be making a comeback.

Russell Hicks, president of content and development at Nickelodeon, is thinking about bringing back classics like Rugrats or Hey Arnold!, according to Variety.

The catch? The shows would be presented in “a fresh new way,” Hicks said. The generation that watched some of the network’s most-loved series now have children of their own, he said. And Variety points out that Nickelodeon has already started reaching into its old school library by bringing back Kel Mitchell, of Kenan & Kel and orange soda fame. Mitchell, whose co-star Kenan Thompson went on to be a player on Saturday Night Live, will star in Game Shakers, premiering on Nickelodeon on Sept. 12.

A nostalgia-minded Nickelodeon is in good company, with Netflix launching a Full House follow-up series called Fuller House and other networks working on reboots of Uncle Buck and even Duck Tales. 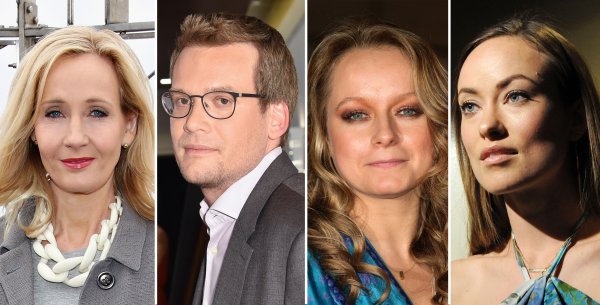 These Celebrities Are Taking a Stand on the Refugee Crisis
Next Up: Editor's Pick