Justin Bieber made his triumphant return to the stage at Sunday’s MTV Video Music Awards, but it was his emotional breakdown at the end of his performance that had people talking. The singer explained the reasons for his tears during an interview with Jimmy Fallon on Wednesday.

“It was just so overwhelming for me, everything, just the performance – I missed some cues so I was a little disappointed at that – and just everyone, just the support,” the 21-year-old said. “Honestly, I just wasn’t expecting them to support me in the way they did … Last time I was at an award show I was booed.”

“I’ve worked so hard on this album, I’ve worked so hard at becoming the man I want to become,” he continued. “Stepping into situations, you just can’t help but feel judged, so I was just feeling judged and just wanting to win so badly and wanting to do what I love so badly that I just put everything on the line. What was just so special about the emotional moment at the end; it was just authentic, it was real.”

The multi-platinum singer whose latest single, “What Do You Mean,” was released on Friday, revealed that his new album – his first in three years – will be out Nov. 13.

Fallon also touched on Bieber’s troubling behavior last year that saw him repeatedly get into trouble with the law.

“I had a bunch of knuckleheads around me, that was pretty much it,” he explained. “I just went through a place of trying to figure it out … You have to figure out what you’re okay with and you’re not okay with, but you have to test the waters. I just happened to be in the spotlight, in front of cameras all the time, and they caught all those moments.” 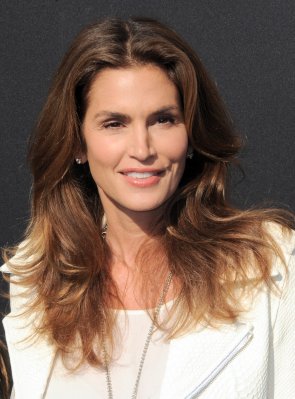 Cindy Crawford Opens Up About Her Unretouched Photo
Next Up: Editor's Pick