In this Aug. 11, 2015, file photo, Syrian refugee children attend a class at a makeshift school set up in a tent at an informal settlement near the Syrian border on the outskirts of Mafraq, Jordan. Forty percent of children from five conflict-scarred Middle Eastern countries are not in school, the U.N. child-welfare agency said in a report on Sept. 3, 2015
Muhammed Muheisen—AP
By Nash Jenkins

Ongoing conflicts across the Middle East have prevented more than 13 million children from attending school, according to a report published Thursday by UNICEF, the U.N.’s Children’s Fund.

The report states that 40% of all children across the region are currently not receiving an education, a crisis it attributes to two repercussions of violence: the displacement of populations and structural damages to the schools themselves. Both issues stem from the tide of violence that has crossed the region in recent years.

The report examines nine countries — Syria, Palestine, Libya, Yemen, Sudan, Iraq, Lebanon, Turkey, and Jordan — where a state of war has become the norm. Across the region, violence has rendered 8,500 schools unusable. In certain cases, communities have relied on school buildings to function as makeshift shelters for the displaced, with up to nine families living in a single classroom in former schools across Iraq.

The document’s authors pay particularly close attention to Syria, where a bloody civil war has displaced at least 9 million people since the war began in 2011.

“With the crisis now in its fifth year, basic public services inside Syria — including education — have been stretched to breaking point,” the report reads.

Within the country, the quality and availability of education depends on whether the relevant region is suffering violence — a reliably unpredictable metric. In states nearby, which have steadily received streams of Syrian refugees, governments “have shown generosity towards Syrian children,” but “the demands have far outstretched their limited resources.”

Fifty-three percent of Syrian refugee children whose families have fled to nearby host countries — specifically Turkey, Lebanon, Jordan, Iraq and Egypt — are currently out of school.

The report concludes with an entreaty to international policymakers to apportion financial and other resources to the regional crisis.

“With more than 13 million children already driven from classrooms by conflict, it is no exaggeration to say that the educational prospects of a generation of children are in the balance,” it reads. “The forces that are crushing individual lives and futures are also destroying the prospects for an entire region.” 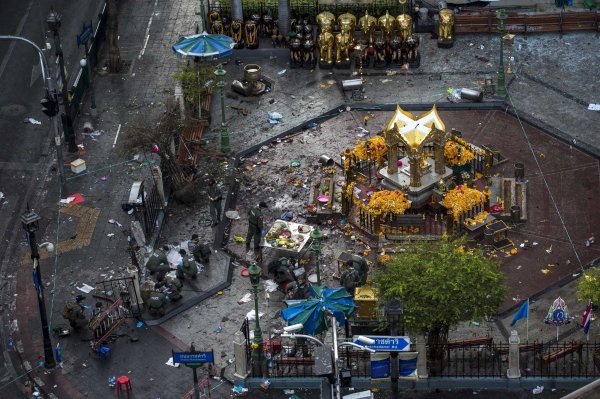