After a two-day standoff that kept 2,000 migrants out of the Keleti Railway Terminus, Hungarian authorities finally reopened the entrances to Budapest’s central train station early Thursday — prompting hundreds of them to flood in and throng waiting trains.

However, signs in Hungarian announced that all trains to Western Europe had been canceled, while the Hungarian parliament held an unscheduled parliament session to debate solutions to its rapidly escalating role in the European Union’s refugee crisis.

The rush onto the platforms marked the end of a tense couple of days during which hundreds of migrants, mainly from the Middle East and northern Africa, were stranded in the square outside the railway station after Hungary allowed thousands through on Monday but then decided to stop them from traveling further into Europe.

In a repeat of the previous day’s events, around 300 migrant protesters continued their cries of “Freedom, freedom!” as they demanded to be let into the Keleti Railway Terminus to board trains for Austria and Germany.

Hungarian authorities closed the station to the asylum-seeking refugees on Tuesday despite letting thousands board trains earlier, and evacuated them from the station into the square outside. Hungarians with valid ID and foreigners with passports were allowed to proceed into the station as usual.

Many of the hundreds of thousands of migrants that have flooded into Europe after crossing the Mediterranean Sea are making a beeline for countries like Germany, which announced earlier that it would grant asylum to Syrian refugees. The announcement came despite a European Union rule called the Dublin Regulation, which states that refugees must stay in the European country of their initial arrival until their asylum claims are processed.

Traveling across Europe without proper documentation is also against E.U. law, a law Hungarian authorities cited as justification for barring the migrants from boarding trains despite many having bought tickets.

Germany, Italy and France called for a revision of those rules in a joint declaration, saying that there should be a “fair distribution” of migrants across the continent, according to the BBC. As Europe struggles to deal with the sudden influx of migrants fleeing violent conflict and crippling poverty, however, its countries remain divided over a solution.

Hungary, which has become a flashpoint for the migrant crisis after the past week’s incidents, has responded by erecting a barbed wire fence on its border with Serbia from which many are entering, and may also employ limited use of its army at the border.

“The rhetoric of the Hungarian government has demonized certain groups of people in order to generate fear and thus justify security measures, such as the potential intervention of the army at the Hungarian-Serbian border,” the group Migration Aid, which has been assisting migrants throughout the summer, said in a statement.

Read next: Which Word Should You Use: Refugee or Migrant? 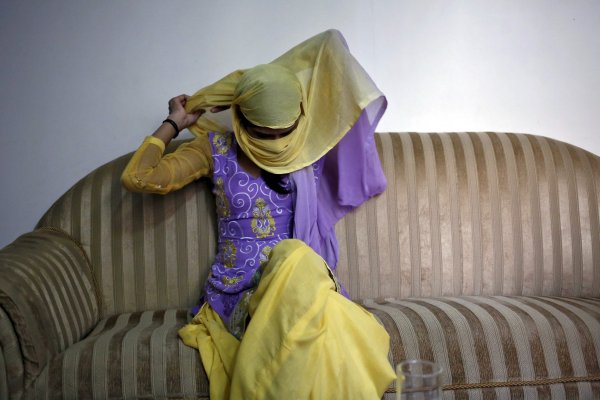