The World Health Organization is to begin vaccinating about 200 people in Sierra Leone who came into contact with a woman who died from Ebola on Saturday.

The woman, a 67-year-old from the Kambia district near the border with Guinea, died just five days after the country discharged its last known Ebola patient from hospital, reports Reuters. Sierra Leone had begun a 42-day countdown to being declared Ebola-free — the last reported case of the disease being on Aug. 8.

The head of the National Ebola Response Center in Sierra Leone, Pallo Conteh, said more Ebola cases in the country are likely to be reported.

Ebola experts are still investigating the source of transmission and have appealed to the niece of the woman to come forward as she was at high risk. 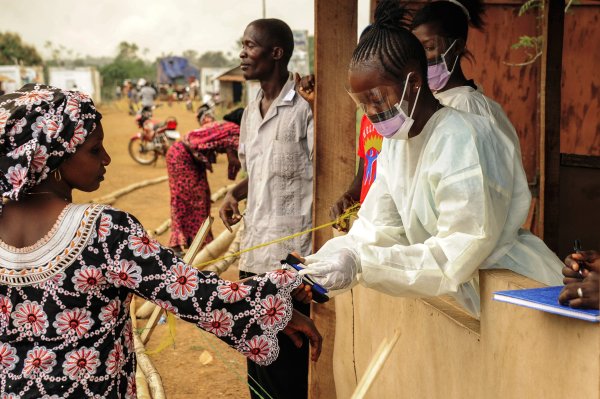 Sierra Leone Has First Week of No New Ebola Cases
Next Up: Editor's Pick