Hillary Clinton’s $10 billion plan to combat drug and alcohol addiction announced Wednesday came about in part due to a simple question from a voter at an early New Hampshire event.

Clinton was doing the second roundtable of her then-new campaign on April 20 when she heard from Pam Livengood, an employee at a local furniture factory. Livengood noted that her grandson’s mother had run into trouble with drugs.

“We need to see more for substance abuse help in our area,” she said. “There’s very limited resources here. We’d like to see something in that respect. Do you have any further ideas?”

Clinton responded that she was “really concerned” about the issue, a standard line from a candidate on the stump. But her campaign then developed a plan to fight drug addiction, announced Wednesday on on Instagram, Facebook, in a New Hampshire op-ed and a white paper, which the Clinton campaign says was largely spurred by questions from voters.

“In state after state, this issue came up again and again — from so many people, from all walks of life, in small towns and big cities,” Clinton wrote Tuesday in an op-ed in the New Hampshire Union-Leader. “It’s time we recognize as a nation that for too long, we have had a quiet epidemic on our hands.”

Experts say the problem is not just anecdotal. Prescription painkiller overdoses more than quadrupled in the U.S. from 1999 to 2011, according to figures by the Centers for Disease Control and Prevention, while heroin doses more than doubled. With an average of 110 deaths from drug overdoses (about 40,000 a year), deaths from drug abuse outnumber those caused by car accidents. Small towns and rural areas across the country have been particularly hard-hit.

Clinton is not alone in becoming concerned about the issue, either. A bipartisan bill introduced in January by Republican Rob Portman and Democrat Sheldon Whitehouse would expand prevention and treatment programs and widen the use anti-overdose medication called naloxone.

“This issue is not a partisan issue. Both sides of the aisle in Congress are very interested in this because its killing people back home,” said Nick Motu, vice president at the Hazelden Betty Ford Foundation’s Institute for Recovery Advocacy. “We’ve seen this huge rapid spike in opioid deaths and heroin deaths. What you’re seeing from Clinton and what you’re seeing from others is that they’ve got to address addiction.”

Clinton’s plan is not a particularly controversial one and it hews to a familiar pattern for her campaign so far of announcing crowd-pleasing policy proposals that are likely to pass in Congress.

Her plan will include a $7.5 billion fund that rewards states with federal dollars for comprehensive plans state plans. States would draw up their own plans for drug education drug programs like after-school activities and mentorship programs as part of prevention efforts, as well as proposals for community-based health centers and greater investment in hospitals and other methods of treating addiction.

Clinton’s plan would also ask states to divert money from the criminal justice system to local treatment programs and to restrict the prescription of opioid painkillers. The federal government would provide $4 for every $1 spent by the state.

At the federal level, Clinton would increase grants for substance abuse treatment by $2.5 billion over 10 years and enforce federal laws that require insurers to provide treatment for addicts.

Former Maryland Gov. Martin O’Malley has set a goal of reducing deaths from drug overdoses by 25% by 2020, pointing to his record in Annapolis of increasing drug abuse services and expanding the use of naloxone. 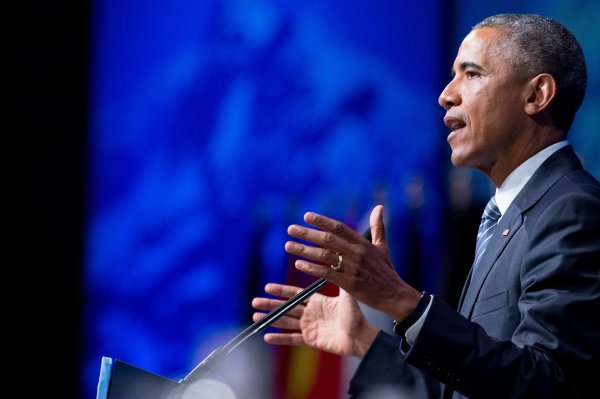 Obama Poised for Win on Iran Deal
Next Up: Editor's Pick