Pope Francis is a popular pope.

A poll released Thursday from Quinnipiac University found that 66% of Americans have either a “favorable” or “very favorable” view of the Pope, who arrives in America in late September.

The Pope’s popularity crosses wide—and often surprising—swaths of American society. While it might not come as a shock that 87% of Catholics are fans of the Pope, 61% of Protestants and 63% of people who follow “no religion” count themselves as Francis fans.

“Pope Francis is sparking a resurgent confidence in the Catholic Church as more Catholics, Protestants and those with no religion believe the Vatican is steering The Church in the right direction,” Tim Malloy, assistant director of the poll, said in a statement.

Pope Francis’s leadership of the Catholic Church has presented a clear gender divide, with women in favor of the pontiff more than men. While 69% of female respondents had positive views of Pope Francis, 63% of males felt the same.

The poll found that 76% of Catholic women felt the Catholic Church was moving in the right direction, compared to 62% of Catholic men. The gender divide played out again when adult Catholics were asked if church leaders were in touch with modern American Catholics: 57% of women felt so, compared to 47% of men.

The poll’s results come a day after the Pew Research Center released a survey of the changing state of American Catholicism. While 9 out of ten American Catholics believe a household headed by married heterosexual parents is ideal, growing segments of the faith are willing to accept non-traditional families—whether they be unmarried heterosexuals, gay or lesbian couples, single parents, or divorced individuals.

The Pew study points to an American Catholicism that is much more flexible than ever before and has embraced Pope Francis—whose popularity among even ex-Catholics and those who consider themselves “cultural” Catholics is strong (at 59% and 73%, respectively). Francis’ liberal bent and willingness to address contemporary social issues like gay marriage, abortion, poverty, and climate change have made him an icon that transcends the religion. And within the faith, Catholics believe the Church must address these issues, with overwhelming majorities saying the Catholic Church should allow for birth control and acceptance of divorce.

Much of this support for the Church’s direction come from Millennials, with older generations—particularly those in the 65-and-over bracket—being much more reluctant to bending from conservative views. But Catholics are increasingly positive that by 2050, the Church will change its views on contraception, cohabitation, and maybe even gay marriage, respondents said.

Read next: The Top 4 Misconceptions About Pope Francis 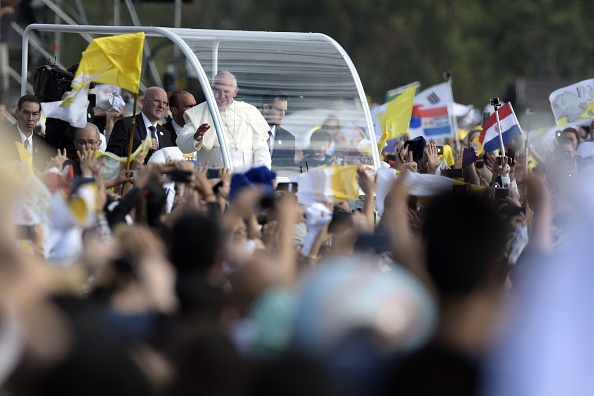 Pope Francis Will Travel Through Central Park
Next Up: Editor's Pick