The tallest mountain in the United States, Denali, is actually 10 feet shorter than previously recorded.

The new official height for the mountain is 20,310 feet, which is 10 feet lower than its previously recorded elevation of 20,320 feet, according to the United States Geological Survey.

But that doesn’t mean that Denali has shrunk, the agency said on Wednesday. The initial measurement of the Alaskan mountain was taken using 1950s-era technology and today there are better tools to measure elevation. The new measurement is more accurate.

“No place draws more public attention to its exact elevation than the highest peak of a continent. Knowing the height of Denali is precisely 20,310 feet has important value to earth scientists, geographers, airplane pilots, mountaineers and the general public. It is inspiring to think we can measure this magnificent peak with such accuracy,” said Suzette Kimball, USGS acting director in a statement. “This is a feeling everyone can share, whether you happen to be an armchair explorer or an experienced mountain climber.”

The mountain recently made headlines when President Barack Obama announced on Aug. 30 that he was using his executive power to rename Mount McKinley to Denali, which is a native Alaska name it was originally given. 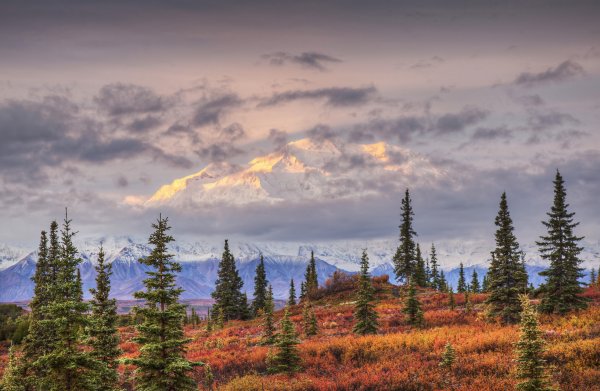 Here's How Many Trees Humans Cut Down Each Year
Next Up: Editor's Pick