After breaking box office records on Broadway as Lyndon B. Johnson in All The Way, Bryan Cranston is bringing his LBJ to HBO — and PEOPLE has the first look at Cranston in character as America’s 36th president.

Cranston won a Tony for his performance in Robert Schenkkan’s play, which is now being adapted into a 2016 HBO movie. Melissa Leo is playing First Lady Claudia Alta Taylor “Lady Bird” Johnson, with Anthony Mackie joining the cast as Martin Luther King Jr.

Director Jay Roach told PEOPLE the biopic has just started shooting, with the plot beginning immediately after John F. Kennedy’s assassination in 1963. “It covers the amazing 11-month journey from when LBJ takes office after JFK’s assassination, through LBJ’s fight to pass the 1964 Civil Rights Act and his own presidential campaign, culminating on the night LBJ is actually elected to the office — no longer the ‘accidental president,’” he said.

See Cranston’s transformation below, and for more on All The Way, head to PEOPLE. 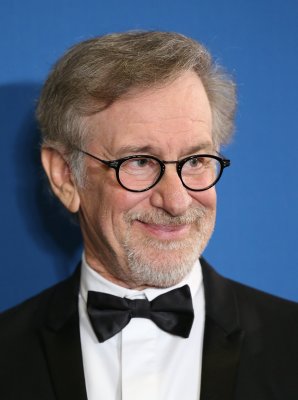 Steven Spielberg Expects Superhero Movies to Go 'the Way of the Western'
Next Up: Editor's Pick