Still haven’t seen Kanye West’s speech from this past weekend’s MTV Video Music Awards, where he announced he was running for president in 2020? Then we recommend watching the below clip, which reimagines the speech as a stand-up comedy act.

All it took was a laugh track and some clever cuts to audience members — including Kim Kardashian and Taylor Swift — laughing and clapping. “Pryor, Carlin, Seinfeld, C.K…Yeezy?” writes creator David Elmaleh in the video description. We can totally see it.

This video has inspired others to create their own Kanye speech mashups, including this one, which incorporates the Seinfeld intro music. 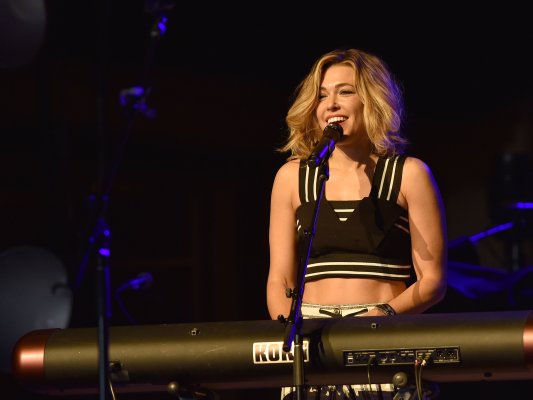