Officials in Texas’ Bexar County voted Tuesday to fund additional body and dashboard cameras for uniformed officers following the release of video footage that purportedly shows sheriff’s deputies shooting and killing a Hispanic man in San Antonio after he had raised both his hands in an act of surrender.

Commissioners of Bexar County, where San Antonio is located, approved almost $1 million to fund hundreds of cameras, the New York Times reports. The county has had a body camera program in place for more than a year, but only eight officers, all of whom are motorcycle officers, wear them.

On Monday KSAT 12 News released a video of 41-year-old Gilbert Flores interacting with two deputies on Friday morning. Officials say the deputies were answering a domestic disturbance report and that Flores had injured a woman and an 18-month-old child when he resisted arrest. In the footage, Flores appears to raise his arms in surrender as the officers come near him but is later shot to the ground.

“I don’t understand why he was shot,” said Michael Thomas, who recorded the video and said Flores wasn’t making any threatening gestures. “Both of his hands were up.” 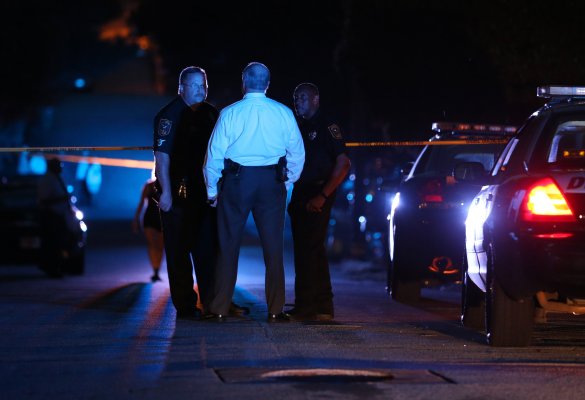 Police Shoot Homeowner and Kill His Dog After Showing Up at Wrong House
Next Up: Editor's Pick