Carly Fiorina won’t be excluded from the main stage at this month’s CNN debate after all.

In a victory for the former HP CEO, the cable network announced Tuesday that it is amending its rules for qualifying for the Sept. 16 debate at the Ronald Reagan Presidential Library to include all candidates who are polling on average in the top 10 in surveys conducted after the Aug. 6 Fox News debate.

“We learned this week that there will likely be only two more polls by the deadline of September 10th,” the network said in a statement. “In a world where we expected there to be at least 15 national polls, based on historic precedent, it appears there will be only five. As a result, we now believe we should adjust the criteria to ensure the next debate best reflects the most current state of the national race.”

All those who average in the top 10 on surveys from July 16—the original threshold—with also be included, according to the network.

Fiorina, who has surged in polling after a well-regarded performance in the “happy hour” debate last month, was unlikely to meet the original qualifications because there have been fewer polls meeting CNN’s standards since the Fox News debate than there were before it. Fiorina’s campaign has aggressively lobbied both the network and the Republican National Committee to amend the rules to allow her on stage, frustrating officials at both organizations who said the candidate should have raised objection in May when the qualifications were first set.

But amid mounting pressure from conservative groups and Fiorina supporters, CNN reversed course on its commitment to stand by the initial rules. Instead, 11 candidates will appear in the primetime debate, with New Jersey Gov. Chris Christie and Kentucky Sen. Rand Paul—each at risk of falling out of the top 10—remaining on stage as well.

“I applaud CNN for recognizing the historic nature of this debate and fully support the network’s decision to amend their criteria,” said RNC Chairman Reince Priebus in a statement. 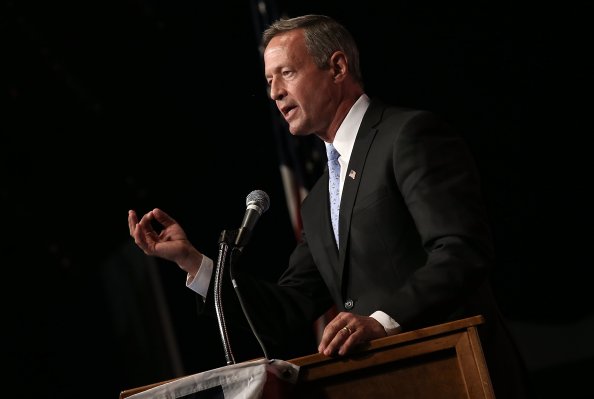