Pope Francis Is Right About Abortion

Pope Francis blesses the faithfull as he leads his weekly general audience in Saint Peter's Square at the Vatican on August 26, 2015.
VINCENZO PINTO—AFP/Getty Images
Ideas
By Christopher J. Hale
Hale is a Democratic politician from Tennessee; he has been a Catholic nonprofit executive and helped lead faith outreach for President Barack Obama.

Pope Francis revealed Tuesday that he intends to allow Catholic priests to grant sacramental forgiveness to those who have procured an abortion during his special yearlong celebration of the “Jubilee Year of Mercy” set to begin this December. Since procuring an abortion is considered a grave sin that automatically excommunicates someone from the Catholic Church, normally only a bishop can grant forgiveness for it and lift the excommunication.

Many bishops have already exercised a church law that allows them to grant their priests special authority to forgive excommunicable sins such as abortion. So while Francis’s directive is new, it’s only somewhat groundbreaking. It also isn’t surprising.

From the beginning of his pontificate, Francis has been a pope of mercy. The first Sunday after his election, Pope Francis said, “God never tires of forgiving us. … but we at times, we get tired of asking forgiveness.” For his papal motto, Francis chose miserando atque eligendo, a Latin phrase that roughly translates as “choosing through the eyes of mercy.” Perhaps no words better describe Francis’s pastoral ministry as the universal leader of the Catholic Church.

Of particular note in the announcement is how Francis describes what he calls “the tragedy of abortion:”

The willingness of Pope Francis to understand abortion as a societal failure can help end the ancient lie that abortion is simply the result of the personal failure of an individual woman.

Make no mistake: this is the Francis way. He says that those “who accompany their brothers and sisters in faith or on a journey of openness to God must always remember what the Catechism of the Catholic Church teaches quite clearly: ‘Imputability and responsibility for an action can be diminished or even nullified by ignorance, inadvertence, duress, fear, habit, inordinate attachments, and other psychological or social factors.’”

In other words, every person’s actions, failures, and—yes—sins must be understood within a wider context. While Francis hasn’t in any way changed the Catholic Church’s teaching on the grave immorality of abortion, he is suggesting that Christians accompany those who have had abortions in a more compassionate way. It makes sense coming from a pope who has built his spiritual legacy on his dogmatic certainty that God is in every person’s life. 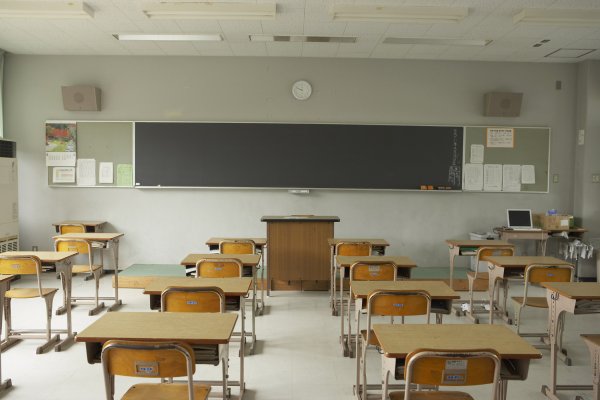 5 Lessons for Teachers in a New School Year
Next Up: Editor's Pick