Why American Indian Tribes Are Getting Into the Marijuana Business

This New Year’s Eve, Tony Reider wants to throw a party unlike any his South Dakota tribe has seen.

There will be live music, food, outdoor games—and, floating over the revelry, a haze of marijuana smoke, from a first-of-its-kind pot lounge that is set to open by the end of the year, said Reider, the tribal president of the Flandreau Santee Sioux in Flandreau, S.D.

That pot lounge—modeled on an Amsterdam coffee shop, where customers would be able to buy and smoke up to 2 grams of marijuana a day—would be illegal anywhere else in South Dakota, which, like most U.S. states, bans the sale, possession and public smoking of pot.

But Reider says his plans are above board, based on a federal memo late last year that cleared the way for American Indian tribes to legalize marijuana on tribal land—even if pot is still illegal in the surrounding state. The Flandreau Santee Sioux is one of the first Native American groups to take advantage of the decision. Reider hopes to draw pot smokers from all over the state to visit the reservation, 40 miles (65 km) north of Sioux Falls, providing a new source of much-needed revenue for his people.

“There’s great economic advantages, and medicinal value,” said Reider, who also plans to have a quiet treatment center for medical marijuana patients. “Plus, with any business venture, the first to market can corner the market early.”

The Flandreau Santee Sioux tribe is not alone. Ever since the U.S. Department of Justice released a memo in December of 2014 that seemed to open the door for the 566 federally recognized American Indian tribes to begin growing and selling marijuana on their land, dozens of tribes across the country have explored the possibility. As tribal leaders seek to boost their economically struggling communities, they’ve had to weigh the potential financial boon of marijuana sales against the legal and social risks of getting into the drug business.

Last December’s memorandum essentially extended to Indian tribes the same marijuana policy that the federal government had previously applied to states: U.S. attorneys will generally turn a blind eye to marijuana sales in states that have legalized pot, as long as businesses selling the drug avoid eight violations, such as selling marijuana to minors. These rules, which currently apply to states that have legalized marijuana, like Colorado, “will guide the United States Attorney’s marijuana enforcement efforts in Indian Country,” the Department of Justice wrote in the December memo.

The memo kicked off months of feverish activity among tribal leaders and pot barons eager to see whether growing and selling pot in a whole new swath of American land was a real possibility. Though legal experts say the memo was issued in response to questions from tribes in Washington State, where marijuana is legal, it also sparked interest among tribes in states that are less friendly to pot, like South Dakota. Marijuana business consultants and boutique law firms hosted seminars for interested tribes, and in February, representatives from some 75 tribes attended a conference at the Tulalip resort and casino in Washington State to discuss marijuana legalization.

At first, tribes thought: “This is a bonanza. It’s going to be the new gaming,” said Robert Williams, a professor at University of Arizona law school who specializes in Indian law. But he said many tribes cooled to the idea—or at least decided not to rush ahead with it—when they saw the risks.

Though the memo suggests that the U.S. attorneys will not prioritize the prosecution of Indian tribes selling marijuana, as long as they follow the guidelines, the memo is not law. Individual U.S. attorneys can still set their own priorities, and state authorities can still enforce state laws in ways that might get Indian leaders in hot water. Alturus Indian Rancheria tribe and the Pit River Tribe in northern California were searched in July by state and federal agents—a raid that experts say has spooked other tribes. The U.S. attorney in the Eastern District of California said his office had targeted the operation because of its large size and possible ties to a foreign national, suggesting that the tribe intended to sell marijuana beyond its boundaries, which is prohibited.

And adding to tribes’ concerns, a month later, in early August, Senator James Lankford, a Republican from Oklahoma, introduced federal legislation, “Keeping out Illegal Drugs Act of 2015,” that would prohibit Indian tribes that “cultivate, manufacture, or distribute” marijuana on Indian land from receiving federal funding.

Getting on the wrong side of federal law enforcement and losing federal funding are exactly the kind of problems Native American tribes would most want to avoid, Williams said. Now “most tribes are cautious,” he said. “They are sitting back and seeing what happens to a couple tribes that jump on the barbed wire fence.”

In addition to the Flandreau Santee Sioux, the Menominee tribe is also moving ahead in Wisconsin, even though marijuana is banned there as well. On Aug. 19 and 20, the Menominee tribe held a referendum on the legalization of marijuana, and of the roughly 1,000 people who voted, 58% supported recreational marijuana and 77% supported medicinal. The next step is for the nine-person tribal council to research the costs and benefits and then potentially propose legislation to legalize pot. The tribal council is conducting its first discussions of the referendum this month.

Like many of the tribes that are considering legalizing marijuana, the Menominee’s primary motive is revenue. The county that the 360 sq. mi. reservation occupies is the poorest in the state, and anything that could help deserves a close look, said Gary Besaw, the Menominee tribal chairman.

“Menominee doesn’t have the luxury to not research potential revenue sources,” Besaw said. “At the very least we had to take a look at this.”

Beyond finances, there are other reasons for the tribe to be interested in marijuana. Menominee tribal members, many of them veterans, suffer from high rates of PTSD, cancer and chronic pain—all conditions that marijuana may be able to ease. The Menominee also see marijuana as a less dangerous alternative to prescription painkillers, which can leave patients addicted to opiates.

But if the tribe moves forward with legalization, it may hit roadblocks from state law enforcement. Marijuana possession, cultivation and sale is illegal in Wisconsin. Though Wisconsin’s attorney general, Brad Schimel is sympathetic to the Menominee and reluctant to overact, he is also charged with enforcing Wisconsin’s law.

“You add into this dynamic that the Menominee are the poorest tribe in the state and they are indigenous to Wisconsin, so you kind of want to be able to see them try it,” Schimel said, but he is concerned that it will be difficult to keep marijuana only on the reservation. While he has no specific plans to ramp up enforcement, he said police departments near the reservation may add more drug recognition experts charged with looking for drivers under the influence.

“We are going to enforce the law in Wisconsin, but I’m also not intending to blow this out of proportion,” he said. “Still, we’ve got to watch—since it was legalized in Colorado we are seeing more and more marijuana for sale in our state coming from suppliers in Colorado. When someone develops an island where it becomes legal, it doesn’t stay on that island.”

These tensions have some observers wondering if the government’s release of the memo was a mistake because it makes tribes an offer they can’t afford to refuse—but one that, like legalized gambling on reservations, could also bring a series of problems in its wake.

“It puts tribal leadership in a horrible position. It raises the hopes of the Indian people for economic development,” said Williams, the professor who specializes in Indian law. “For many tribes the only hope of economic development is in marginal, vice-ridden, semi-criminal activities…To have the Justice Department say, ‘Here is another opportunity [with moral, legal and social consequences], you guys take the risk if you want to do it. We are not going to give you any guidance’—it’s incredibly irresponsible.”

The Department of Justice did not immediately respond to a request for comment.

The reality of those risks is already becoming clear for the Flandreau Santee Sioux in South Dakota, because in order to make money from marijuana, they will have to draw visitors to the reservation to buy it. Their planned grow facility will be able to produce 75 to 80 lbs. of marijuana a week—much more than the reservation’s 300-odd residents, or the 2,300-person population in the small city of Flandreua, could possibly ingest themselves. That means Reider is counting on people coming from farther afield, like Sioux Falls, a 35-minute drive away, or Minneapolis, which is a three-and-a-half-hour drive.

“We hope people will come spend the weekend or spend a week,” Reider said.

But South Dakota’s attorney general, Marty Jackley, says the Flandreau Santee Sioux’s business model is not allowed in the state. In a news release in June after the tribe announced that it would pursue a marijuana business, Jackley wrote that it is illegal for “non-Indian persons” to possess or distribute marijuana anywhere in South Dakota, including on Indian reservations. He added than anyone, Indian or not, who smoked a joint on Indian country and drove back into South Dakota with marijuana in their system would be breaking state law.

Reider, the tribal chief, still plans to move ahead with a marijuana lounge. He said security guards would monitor exits so that people don’t leave with marijuana and aren’t too intoxicated to drive.

While the plans are still being formulated, Reider believes it is important for his tribe to get ahead on a fledgling national marijuana industry that has already seen a tremendous amount of growth. The way he sees it, it isn’t fair to hold tribes back from a business that he believes will soon be booming everywhere. “We look at what happened in Washington where the state has legalized it,” he said, “the tribes are forced to either play catch up or wonder if they can even compete in that arena.” For Reider, the benefits of a lucrative business outweigh the risks. 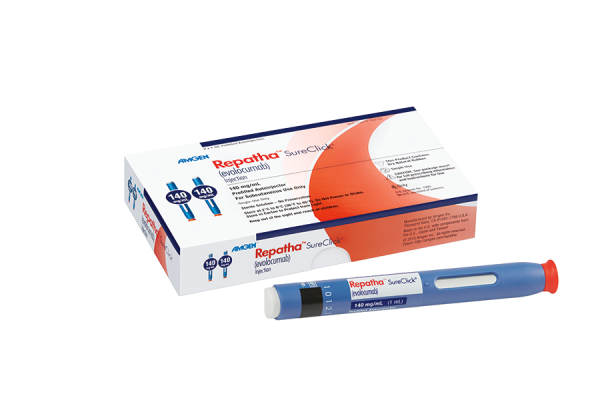