In April, Chipotle announced with great fanfare that it would no longer serve food made with genetically modified ingredients. On Monday, a law firm filed a class-action lawsuit in federal court claiming that the Mexican-style, fast-casual chain’s marketing is misleading and deceptive because it still sells lots of foods made with GMOs.

According to the complaint, Chipotle’s meat, cheese, and sour cream is made from animals fed with GMO soy and corn, and the soft drinks it serves are made with corn syrup made from GMO corn. The lawsuit was filed in the Northern District of California on behalf of California consumers who have purchased food from Chipotle since April 27, the day the company announced that it was “G-M-Over it.” Kaplan, Fox, and Kilsheimer filed the lawsuit.

The law firm issued a statement attributed to attorney Laurence D. King that read in part: “Chipotle’s advertising in its stores should have accurately informed customers about the source and quality of its ingredients and should not mislead consumers that they are serving food without GMOs when in fact they are.”

When reached for comment, King wrote in an email that beyond the complaint, “we have no comment at this time; rather we will let the complaint’s allegations speak for themselves.”

Chipotle is similarly mum. Chris Arnold, the company’s communications director, said only: “Generally speaking, we do not discuss details of pending legal action, though we do plan to contest this.”

In news reports at the time of the announcement, the company made clear that some of its ingredients are still made with GMOs. And at the bottom of the company’sWeb page devoted to the topic is this disclaimer:

The class-action complaint includes several examples of Chipotle advertisements that seem pretty explicit. “Now, all of our food is non-GMO” is the wording on one billboard, according to the suit. A photo in the complaint depicts a restaurant menu sign that reads, “Only non-GMO ingredients.” The named plaintiff in the lawsuit, Colleen Gallagher of Piedmont, Calif., could not be reached for comment.

Consumers, especially Millennial consumers, have expressed concerns about eating foods with GMO. But more than 90% of corn and soybeans grown in this country came from GMO strains in 2014, according to data from the USDA National Agricultural Statistics Service. Many scientists say the crops are safe, but critics say they could cause environmental problems and even cause harm to human health.

Chipotle has 1,831 restaurants globally. At the time of its announcement, Co-CEO and founder Steve Ells said the chain had decided to eliminate these GMO ingredients until the science is more definitive.

Read next: 5 Things Chipotle Wants You to Know About Its Future 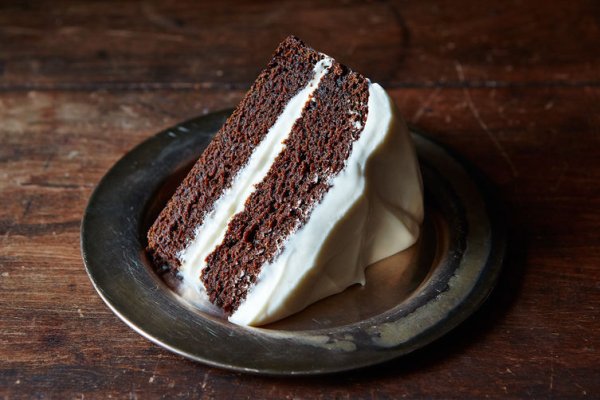 10 Steps for Baking Your Best Cake Yet
Next Up: Editor's Pick