This Is the Most Advanced Nest Thermostat Yet

In-house intelligence just got an upgrade, thanks to the Google-owned Nest.

Typical smart home gadgets turn on and off via an app. Some of the more advanced gear takes cues from data sources, like the weather or usage patterns they detect over time, and anticipate actions before users even ask for them. And with Tuesday’s announcement of the third-generation Nest Learning Thermostat, smart home devices have now gained the ability to troubleshoot, giving its users a “heads up” if it sees something going wrong with the furnace.

With a circular, brushed-steel and glass look similar to its predecessors, the latest, $249 Nest connected thermostat boasts a refined design and several new features. The new version is slightly thinner, part of a gradual shrinking of the thermostat that dates back to Nest’s original effort. In addition, the thermostat’s new high-resolution display has much more visual pop, with a 40% larger (and brighter) footprint.

But these design changes aren’t about turning heads as much as they’re meant to improve the Nest’s usability. Take, for instance, its new Farsight mode. Previously, users had to be within three feet of the thermostat for the display to wake up and show the status of the home’s HVAC. Farsight can detect occupants from across the room, and when it does, a display pops up showing the target temperature or a clock. Viewing this visual is only possible with the Nest’s lower profile edge (reducing the viewing angle) and its new, high-definition display.

The other killer feature of the new Nest is actually a savior. Furnace Heads-Up enables the thermostat to monitor the automatic shutoff setting of a home heating system, a failsafe that kicks on when it overheats. By looking for patterns in the shutdowns, the smart home device is able to diagnose potential problems and alert the homeowner in advance of a catastrophic furnace issue.

Later this year, Furnace Heads-Up will also be made available to Nest Learning Thermostat first- and second-generation units, a welcome addition for loyal users who might otherwise feel left out in the cold. And in another way to warm up to potential buyers, Nest also announced that it’s knocking the price of its second-generation learning thermostat down to $199. So, if Farsight isn’t a feature that’s important to you (maybe your thermostat is in a hallway), now might be a good time (especially before winter) to spring for some new smart home gear.

Read next: This New Wearable Helped Me Chill Out 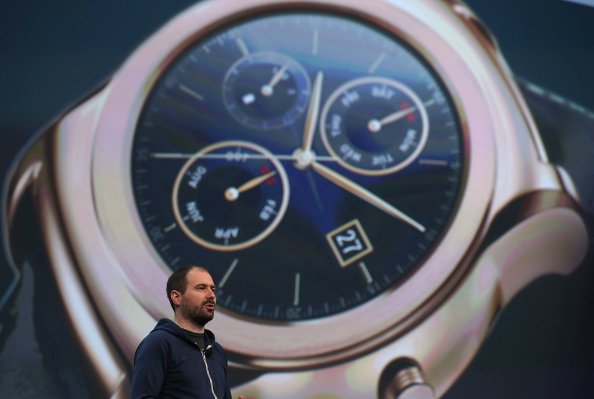 Google Opened a New Front in Its Battle With Apple
Next Up: Editor's Pick